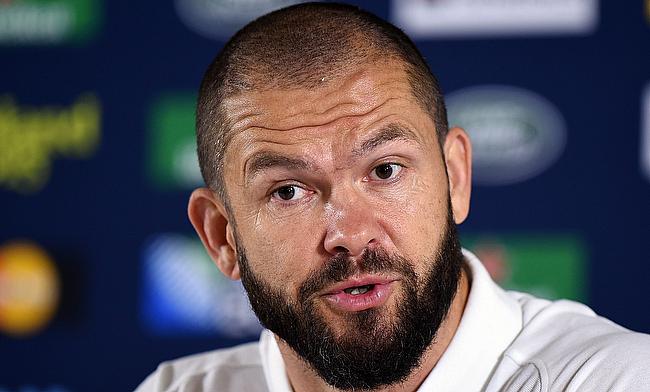 The Rugby Football Union ( RFU) chief executive Bill Sweeney heaped praise on Ireland coach Andy Farrell as they are working on a plan to decide on Eddie Jones' successor.

Farrell had already worked with England as a defence coach between 2011 and 2015 when Stuart Lancaster was in charge but was removed from the role when Jones took in charge post the 2015 World Cup.

Following his exit, the 47-year-old became the defence coach of Ireland and went on to replace Joe Schmidt as head coach when the latter left the role at the end of the 2019 World Cup in Japan.

Having recently guided Ireland to a series win over the All Blacks for the first time, Farrell had caught the attention of the RFU, who are looking at an English candidate to replace Jones.

“A couple of years ago, he wasn’t doing so well and there was a lot of pressure around him at the time.

“I think it was only two years ago where there were calls to get rid of Andy Farrell, Mike Catt (his assistant), that whole group.

“But they’ve come through that and they’re doing very well.

Farrell joins other potential homegrown contenders for the England job post the World Cup next year along with Leicester's Steve Borthwick, Richard Cockerill and Exeter director of rugby Rob Baxter and Sweeney is confident of a smooth transition plan.

“Clearly we’ve developed options,” he said. “We’re fortunate at the moment that we’ve got a really good group of terrific English coaches coming through.

“The question is, ‘are they ready to succeed in 2023?’. And, if they are, what sort of structure do we put around them?

“You’ll have some head coaches who are very, very strong on the pure coaching aspect. You have others who are a bit more like a director of rugby in terms of management or leadership, so therefore it’s equally important not just the head coach but the entire coaching set-up we put around that.

“And we want to be more directive from an RFU perspective in terms of how that goes. We’re comfortable we’ve got a very good coaching succession plan in place.”