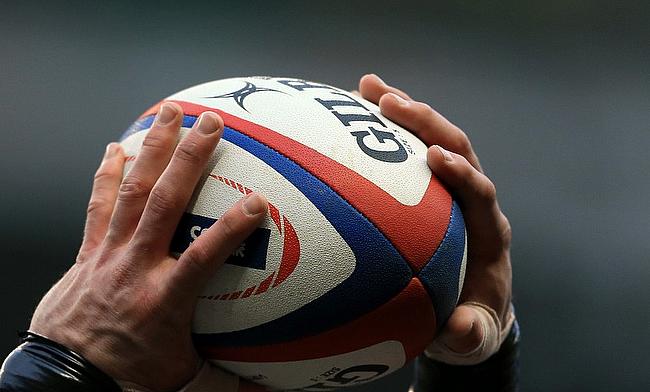 Bristol and Saracens Women have maintained their winning streak
©PA

Fixtures for the 2021/22 season of Allianz Premier 15s unveiled

The fourth round of the Allianz Premier 15s saw Bristol Bears Women and Saracens Women maintain their winning streak while Loughborough Lightning, Exeter Chiefs Women and Harlequins also had victories.

Bristol continued their impressive run as they maintained their position at the top with their fourth straight victory. They opened their account as early as in the 8th minute when Sarah Bern helping Phoebe Murray to score. The second try came in the 18th minute when Murray offloaded to Amy Coles for Bristol's second try and Hannah West also followed the suit as they raced to a 15-0 lead. With the break approaching, Laura Perrin and Simi Pam traded tries as the teams went into the break with a 22-7 scoreline.

The start of the second half saw Lauren Delany intercepted a loose pass to dot down but four minutes later her effort was negated with Siwan Lillicrap touching down making it 27-12. Even though Victoria Irwin scored late for Sale Sharks, they could not get further breakthrough as Bristol completed a 10-point victory.

Loughborough Lightning recorded their first win of the season riding on tries from Megan Davey, Iona Antwis, Isla Alejandro, Sara Svoboda and Lark Davies as they scored 31 unanswered points in the opening half. While Davies completed her hat-trick, Detysha Harper and Georgina Tasker also scored further tries as they blanked Durham 0-69.

Exeter have completed their third win in four games as they climbed to fourth place in the tournament. The opening points in the game came in the 31st minute when Amy Wilson Hardy touched down after good work from Claire Molloy. Gabriella Cantorna kicked penalties on either side of the break to make the scoreline 6-5. Florence Williams with a three-pointer of her own put Wasps back into the lead, tries from Daleaka Menin and Rachel Johnson made it 20-8 before Cantorna with her third penalty kick extended Exeter's lead to 15 points. Eleanor Boatman provided some consolation for Wasps with a late try but that did not stop them from losing their second game.

Harlequins moved to third place in the table as they edged out Gloucester-Hartpury Women 21-18 in the fourth round encounter. While Kelly Smith got Gloucester-Hartpury to a promising start with a 6th minute try but Harlequins responded back with Ellie Kildunne touching down. A second from Smith put Gloucester in front while Emma Sling kicked a conversion and followed it with two penalties to take them to 18 points in the opening half. While try from Sarah Bonar provided Harlequins some hope as they cut down the deficit to four points, Shaunagh Brown crossed over in the 78th minute to seal a thrilling win for the visitors.