"What might have been": Moore looks back to the day Scotland scared the All Blacks 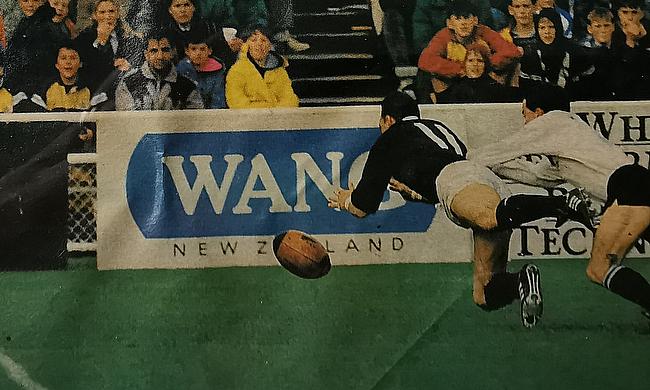 Today, June 23, marks 30 years since Scotland nearly toppled the mighty All Blacks in an amazing Test match in Auckland and TRU spoke to Alex Moore who reflects on that day.

The Scots, who had travelled to the southern hemisphere as the 1990 Grand Slam champions, led 18-12 at half-time in the second Test at Eden Park before being edged out 21-18 having lost the first Test 31-16 in Dunedin seven days previously.

Prior to the first Test, uncapped winger Alex Moore had featured in the tour’s provincial games in which they remained unbeaten - a feat that no Scottish side had previously managed or has repeated since - but did not feature in Dunedin.

When he started the midweek match with Manawatu, he presumed he would not be involved in the second Test either.

“Then on the Wednesday morning regular winger Iwan Tukalo came over to me at training and congratulated me, telling me I would be starting ahead of him in the second Test,” Moore stated.

“It was a really nice gesture from Iwan to do that because he must have been hurting, but it just showed the close bond the whole squad had built up on that tour and it was great news for me personally.

“I didn’t get overwhelmed with excitement or worry about facing the might of New Zealand because all through my career, it had not been about getting to a cap, it had always been about enjoying the camaraderie within the sport and doing my best whenever I took to the field.

“On the day of the match when we did get to the magnificent Eden Park and had a wander around the pitch I did feel like ‘I belong here and have earned my chance at this level’, but the overriding memory is that the whole team felt we could do it and level the series.

“The whole group were disappointed with how the first Test had gone, but as I looked around the dressing room ahead of kick-off in Auckland, I really did feel we had a great chance.

“The next thing I was standing there watching the Haka, I wanted to remember facing up to it, but I was so focused on the game that I don’t remember that visually in my mind.”

“We got off to a great start to the game, we were feeling confident and things felt ‘right’.

“For my try, I had to chase the ball that had been kicked ahead, try and keep it in touch and watch the bounce carefully with the defender - Terry Wright - coming across.

“It was great to score, but there were no big celebrations, we simply had a game to win.

“At half-time we were feeling good, but we all know how things ended and it was such a strange one in the dressing room afterwards because on one hand I was happy to have played for my country, but on the other the overriding feeling was frustration because we knew the game had been there for the taking.

“Things were pretty quiet in there [the away dressing room] when my team mate Craig Chalmers came over and handed me the match ball. He told me that I should keep it to remember my debut - it was a lovely touch by a classy guy as we were left to ponder what might have been.”

“I loved the sport and had found my niche”

So, how did Moore’s rugby journey begin?

Growing up in Stoneyburn, West Lothian, football was the big sport and his twin brother Sean was a good player.

“One day football practice was cancelled when we were in senior school at St Kentigern’s Academy in Blackburn and we played a game in the gym where basically you had to get a medicine ball from one end of the hall to the other,” Moore recounts.

“I must have done okay that day - folk couldn’t get the ball off of me - and afterwards the PE teachers said ‘do you fancy a game for the school rugby team?’ and things just went from there, I loved the sport and had found my niche.

“Soon I went down to Livingston, the local club, to play and after a handful of games for the under-18s and the under-21s I was into the senior first XV.

“It was a big step up, but I was just enjoying myself and gave everything in every game I played.”

If Livingston’s first team was a big step, the next one was even bigger.

“In the summer of 1984 I got a phone call from Jim Aitken, who had just helped Scotland to win the Grand Slam, asking me if I wanted to go and play for Gala. 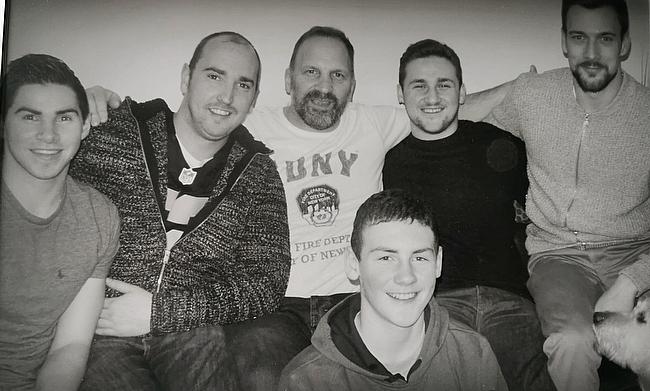 “I was a bit shocked, but I had done quite well playing for the Edinburgh district against the South and I was keen to test myself at a big club like that.

“When I turned up to my first training session at Netherdale I was in awe because there were guys there who I had heard of and watched on the TV and now I was their team mate.”

After three years at Gala, Moore moved to Edinburgh Accies in 1987 and went on the Scotland tour to Zimbabwe in 1988.

“We played five matches on that tour and I managed to score a few tries and get starts in both the international matches against Zimbabwe,” he explained.

“The team managed to win both those games, but international caps were not handed out for those at the time and I would have to bide my time to get a Test appearance.”

Bide his time he did and Moore has such fond memories of that New Zealand game in 1990 as we have heard.

In total he would accrue five international caps - the four others coming against Argentina (when he scored a try), France, Wales and England - and played for the Barbarians three times before he eventually hung up his boots at the highest level.

He has remained in touch with the game and has - to date - managed to play with four of his five sons.

“I had a run out for a team in Edinburgh when my two oldest boys Gareth and Christopher a few years back while, more recently, I played with Calum and Fraser for Allan Glens second XV,” he said.

“My youngest Cameron has just turned 18 so hopefully we may play together at Allan Glens. I have coached him before, but to be on the same pitch together for the local club where we live in Bishopbriggs would be something else.”

Post-rugby, Moore spent 26 years in the police force and the values and traits that he built up over that time - empathy, support, respect for people and others - led him to read more and explore more about humanism.

“Being in the police you see a lot of sadness, but you also give a lot of support to people and I really liked that,” he explained.

“You help them through tough times and, as time went on in my police career, I really felt my mindset was a good fit for humanism.

“So, I retired from the police in August 2018 and began training to be a humanist celebrant through the Humanist Society of Scotland.

“From there I have been conducting ceremonies such as weddings and funerals which is such an honour for me as people intrust me to be a part of the happiest and saddest moments in their lives along with their family and friends.

“This has been the next phase for me, I have always enjoyed meeting people and I find it fascinating so I am excited for the future.”