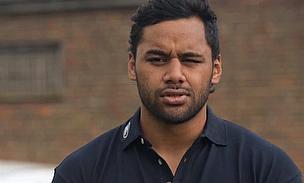 Saracens back-row forward Billy Vunipola says he is coming to terms with the "extra attention" he is receiving following his breakthrough season last year and that he just wants to keep improving.

Speaking ahead of this weekend's European Champions Cup match against ASM Clermont Auvergne, Vunipola wants to see a repeat of last year's meeting between the two sides.

When they came up against each other in the semi-finals of the Heineken Cup, Saracens crushed the French side 46-6 at Twickenham.

"Hopefully we can suffocate them and come out a with a win," he said.

"It’s great to get them at Allianz Park. It’s not the biggest stadium for a big French team with a lot of superstars, so hopefully they won’t like being in such a small place and we can use that to our advantage."

Vunipola has started this season much as he ended the 2013/14 campaign, helping Saracens to second place in the table after six rounds of matches.

After making his international debut for England against Argentina in June 2013, he has gone on to play 10 times for his country, and he knows that he can no longer slip under anybody's radar.

"I think it’s always easier in your first year when nobody really knows who you are," he said.

"This year I have already felt I am getting extra attention but I am trying to work my way around [that].

"My ambition is to try and repeat what I did last year and go even better."

Billy Vunipola was speaking whilst taking part in a day’s driving with Land Rover following his Land Rover Discovery of The Season Award last season.