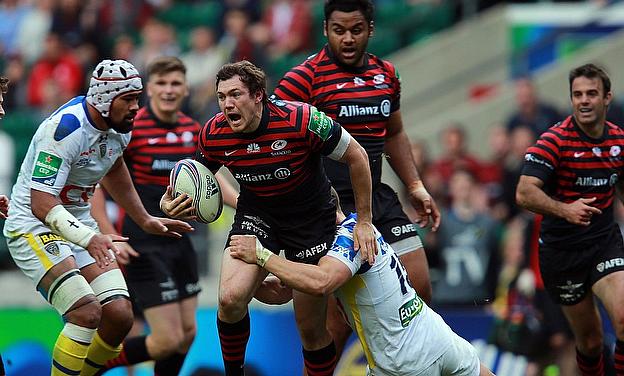 The north London club will help launch an intriguing opening weekend for the inaugural European competition to replace the now-defunct Heineken Cup.

Current Premiership champions Northampton Saints will make the trip to Racing Metro in Pool Five when the 20th season of European competition gets under way.

Guinness Pro12 title holders Leinster will entertain Wasps in round one, the London club having qualified through the new play-off system at the end of last term.

Harlequins' Twickenham Stoop showdown with Castres on Friday, October 17 will kick-start the new season's European action, with all 20 games in rounds one and two broadcast live on either BT Sport or Sky Sports.

Italian sides Rovigo and Calvisano, Georgian outfit Tblisi Caucasians and Romanians Bucharest Wolves can all still win through to the new-look Challenge Cup.

The two-legged Challenge Cup Qualification Play-offs will be held next month, with Rovigo taking on Caucasians and Calvisano meeting Bucharest.

The inaugural Champions Cup is the product of more than two years of political wrangling between the English, French and Celtic nations.

EPCR has set up headquarters in Neuchatel, Switzerland.

European Rugby Cup (ERC), the body that ran the Heineken Cup, has been commissioned to run the new competition while EPCR continues to lay its foundations in Switzerland.

Despite the stay of execution ERC is still expected to be wound up in time, though could well run the new-look European set-up for the duration of the coming campaign.