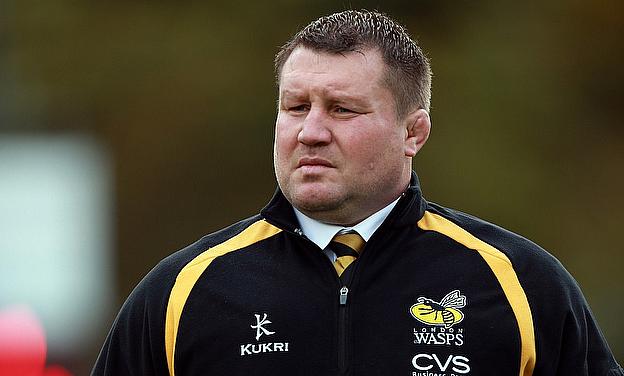 Dai Young admits Wasps must win their European Rugby Champions Cup play-off the hard way after being drawn to take on Stade Francais in Paris in the second leg.

Rugby director Young said conceding home advantage for the second-leg must not prove "life-changing" for Wasps however, in their bid to secure top-tier European rugby for next season.

French capital outfit Stade have home advantage for the decisive clash on Saturday, May 24, while Wasps will entertain Stade at Adams Park on Sunday, May 18.

Whichever side scores most points over the two legs will be declared the winner of the play-off and will claim the 20th and final place in the inaugural Champions Cup next season.

Wasps boss Young has challenged his players to put equal pressure on both legs of their forthcoming European battle.

"If you ask a preference you'd rather be at home in the second game but it's not life-changing," Young told Press Association Sport.

"You're going to have to play home and away anyway, the preference would have been the other way but you just get on with it.

"Stade have got a quality team that's used to playing home and away, so we'll have to be at our best to qualify.

"They won't fear coming to Adams Park so we've got to be aware of that.

"It's two games we've got to be totally focused about winning.

"It has added interest for the last two or three weeks of the season."

Wasps stars James Haskell and Tom Palmer are both former Stade Francais players, and Young admitted their Paris experiences could colour the contests.

"We'll chat to them about it, it would be stupid not to," said Young.

"But a lot of the squad will have changed since he left there.

"But we'd be stupid not to tap into that experience of their time there anyway, to see if there's anything they can add."

The draw for the Champions Cup play-off took place at Heathrow on Tuesday.

The seventh-placed side in both the Aviva Premiership and the French Top 14 will now battle it out for the final seat at Europe's top table next term.

Broadcasters BT Sport and Sky Sports have agreed a rights-sharing deal to screen both clashes.

BT Sport will show the first-leg contest at Adams Park, to kick-off at 3pm on May 18.

Sky will televise the second-leg showdown at Stade Jean Bouin on May 24, with the match kicking off at 1.45pm (BST).

The European Rugby Champions Cup replaces the Heineken Cup next season, and is the fruit of much compromise after two years of in-fighting across the continent.

Next season two Pro12 teams will swell the final-place play-offs to four teams.

"It will help with that mid-table in all three league competitions to give something else to fight for towards the end of the season.

"And that's begun to show up in the way the teams have been going at it in the last three weeks in both the Aviva Premiership and in France.

"Having gone through all the boardroom negotiations throughout the European situation, we're now onto the stage of implementation, and that is fantastic.

"To see people pushing for that seventh place made a bit of a difference to some of those end-of-season games, which is part of what it was intended to do."