Who will be the team to beat at the Rugby World Cup in France in 2023? 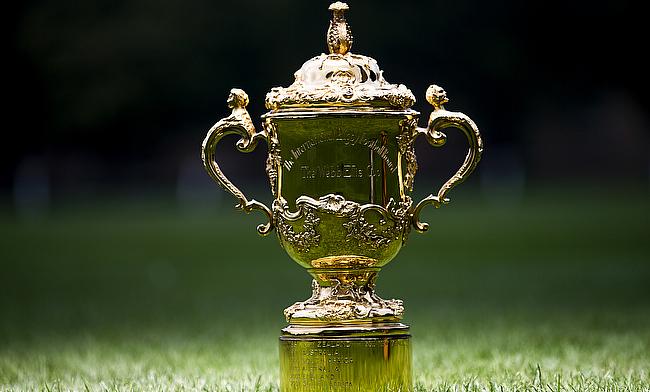 With the 2023 Rugby World Cup due to kick off in just under 18 months, the path to the final and eventual glory is not as clear as it has been in previous years.

2023 will be the 10th edition of the Rugby World Cup and will be held in France for the second time. Hosts France and three-time winner New Zealand will contest the opening game of the Rugby World Cup at Paris’ Stade de France Stadium and the French will be hoping that home advantage presents them with an opportunity to put down an early marker against one of the favourites to lift the Webb Ellis Trophy.

In the previous nine tournaments, France have finished runners up three times, with one third-placed and two fourth-placed finishes to their name. By many nations' standards, they have been extremely successful at the Rugby World Cup without managing to get over the finish line.

The closest they have come was arguably in New Zealand back in 2011 when they lost a closely fought final by the closest of margins - 8-7 - with their two other final defeats being more comprehensive.

It’s easy to understand why France would want to put down an early marker. Two of their final defeats have come against the All Blacks and there is a strong sense, especially in Europe, that the All Blacks' dominance is coming to an end.

After back to back wins in 2011 and 2015, the All Blacks were unseated from their throne the last time out in 2019 when South Africa overcame England to lift the trophy for the third time, putting them level with the All Blacks in terms of overall wins.

France are in fact the early favourites with leading online bookies Betway Sports to lift the 2023 Rugby World Cup. Betway has France at 3.00 to lift the trophy with the All Blacks closely behind at 3.25. 2019 finalists South Africa and England are both placed at 6.50 with Australia and Ireland at 11.00.

It’s no surprise to find France leading the way. In the 2022 Six Nations, they completed the Grand Slam for the first time since 2010, completing a memorable clean sweep with a comprehensive 25-13 victory over England in the final round of matches.

Not only was it their first Grand Slam since 2010, but it was also their first Six Nations title for 12 years and is part of their build-up to the 2023 World Cup.

What is perhaps a little surprising is that Ireland are only priced at 11.00 with Betway despite pushing France all the way in the 2022 Six Nations. A solitary defeat to France was all that separated the two sides, and Ireland’s victory on the final weekend meant that only a win for France over England would see them crowned champions. Ireland outscored France as well as having a tighter defence across the five matches, and they will head into the winter series in New Zealand high on confidence.

Building for the future

One of the things that really stands out for this current crop of French players is the balance of experience and youth. This is something the All Blacks have always built their success around, and it appears that France have copied that model by focussing on rugby at the youth level.

For a long time, the Under 20 Rugby World Cup has provided a great insight into the depth of a country’s rugby set up and, after years of dominance, it appears that New Zealand Rugy is on the decline, certainly at the youth level.

England have been another dominant force in youth rugby and have featured in nine of the 12 finals played to date, winning on three occasions.

2021 was the worst season in the history of the All Blacks. Back to back defeats to Ireland and France brought an end to their three-month tour of six countries in late 2021 that also saw them lose to South Africa.

That meant for the first time ever, they lost three matches in a single season and France’s recent Six Nations victory means they have replaced the All Blacks at the top of the Rugby Test World Rankings.

Write off the All Blacks at your own peril, however. They have proven time and time again that they turn up on the big occasions and they are already starting to build towards the 2023 Rugby World Cup.

Talking on the All Blacks website, former Captain Sean Fitzpatrick feels they are on the right track and that coach Ian Foster is building towards the World Cup.

"I think he knows where he's going, that's for sure. We're 18 months out from the World Cup, and traditionally, we [New Zealand] haven't worked in four-year cycles.

"Every year we try to pick the best team to win the [Rugby] Championship, or whatever tour we're on," Fitzpatrick said.

Excitement is already building towards the Rugby World Cup in France so make sure you follow Talking Rugby Union for all the latest news.