What the 2020 Six Nations Championship told us 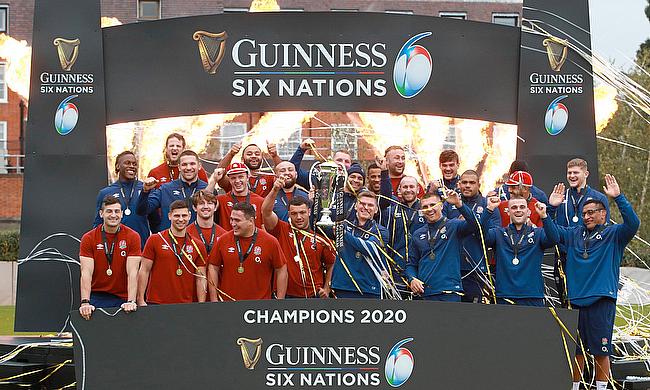 France haven’t come this close to getting their hands on the trophy since completing the Grand Slam of 2010. Les Bleus are much improved under former scrum half Fabien Galthie, who has put his faith in youth.

A renewed French challenge that started with a 24-17 success at home to England only faltered because of defeat by Scotland at Murrayfield. Jones can thank Sean Maitland’s double either side of half-time in Edinburgh for helping the Red Rose to just regain the Six Nations.

Perennial wooden spoon winners Italy put just 44 points on the board across their five matches, while there was little to choose between Ireland and Scotland. Although Gregor Townsend’s team were just edged out of third in the standings, defensive discipline is getting better on his watch.

The Scots only conceded 59 points – the fewest of all Six Nations countries in 2020. Ireland and Wales, but under new head coaches, played more expansive rugby with varying results.

Wayne Pivac is finding stepping into the shoes of long-serving Welsh national boss Warren Gatland tough. The Dragons managed just one win in the opening game of the tournament where they thrashed Italy 42-0.

Given that Pivac succeeding Gatland was the long-term plan for the WRU and announced as far back as July 2018, the downturn is results can only be viewed as disappointing. Wales came into the 2020 Six Nations as the holders, but were on the end of some narrow reverses.

They lost to France, England and Scotland in that order by four points or fewer. Gatland had previously guided the Dragons to yet another Grand Slam, so the wheel of fortune has turned against them.

With Jones now the only head coach involved to have won the championship, England will likely be favourites for the Six Nations in 2021. Much will be learned from the Autumn Nations Cup about the prospects of the opposition.

Andy Farrell can be content enough with Ireland’s performances. As they did in their final campaign under predecessor Joe Schmidt, the Emerald Isle nation finished third. In the 2020 Six Nations, only France scored more points and England as many tries.

The Irish prevented Scotland from scoring but not Italy, although they were three converted tries up against the latter before the Azzurri crossed. If there is one grumble about Farrell, then it may be his use of Jacob Stockdale.

So explosive on the wing when netting the top tryscorer honours in his debut Six Nations campaign back in 2018, Ireland’s current head coach deployed him at fullback. France exploited the tactical weakness of Stockdale in that berth to great effect when the two sides closed out the 2020 tournament.

A resurgent France outfit may be the biggest dangers to Jones and enhancing his Six Nations record with England to four titles in six years. Wales must regroup, while fellow Celtic countries Scotland and Ireland have room for further progress too.