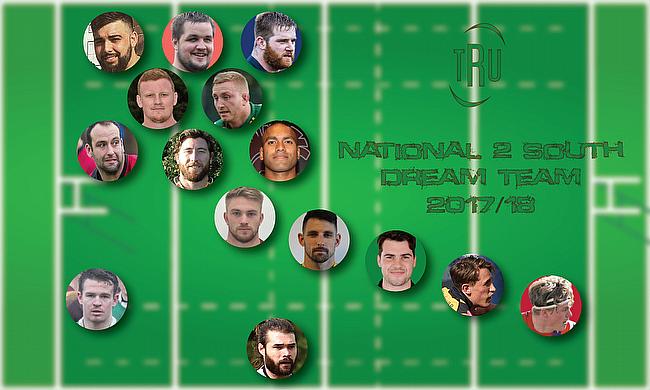 TRU have named their National Two South team of the season, with representatives from 12 different clubs in the division.

Another thrilling campaign of National Two South rugby came to an end three weeks ago with both Cinderford and Chinnor securing promotion to National One.

Both sides proved to be a class above the rest for large parts of the season, with champions Cinderford winning 29 of their 30 matches. From that title winning squad, two players have been named in our team with No.8 George Evans joining National Two South Player of the Year Nathan Taylor in the pack.

Second placed Chinnor, who sealed their spot in English rugby’s third tier via the play-off, have three members of their side in our team. Prop Ricky Cano, lock Jack Ramshaw and full-back Kieran Goss have been included.

Alongside Cano and Taylor in the front-row will be Redingnsians’ Andy Berry who helped his side finish third this term while Jake Albon (Henley Hawks), Chris Fuca (Redruth) and Ratu Vakalutukali (Taunton Titans) make up the rest of the forwards.

In the half-backs, Wimbledon’s Rhys Morgan was a standout performer at 9 despite the Dons suffering relegation while National Two South’s top points scorer, Matt McLean, is at 10.