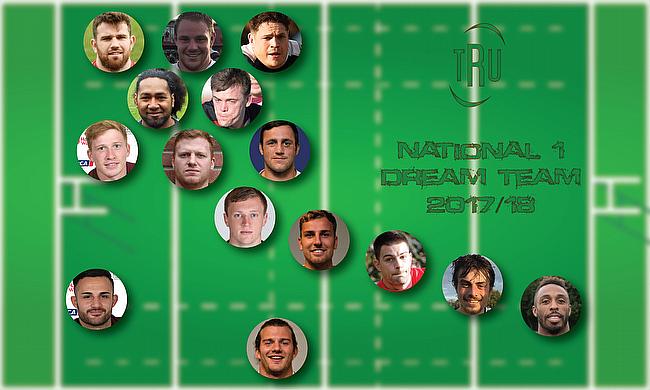 TRU have revealed their team of the season for National One after the conclusion of the campaign.

Now the curtain has come down on the 2017/18 National One campaign, we have selected a team of the year from the third tier of English rugby.

For the second season in a row one team has stood out from the rest. Following Hartpury's romp to the National One title last year, Coventry followed in their footsteps. Rowland Winter's men won 27 of their 30 matches and clinched the title in March as the Midlands club earnt promotion to the Championship.

With this in mind, it may not be a surprise to see five Cov players named in our team of the year. Scott Tolmie and Phil Boulton led by example up front whilst National One Player of the Year Jack Preece was a huge presence in the back-row. The sprinkling of magic from fly-half Will Maisey and joint top try scorer James Stokes also helped guide Coventry back to the second tier.

Runners-up Darlington Mowden Park battled hard to keep in touch with Coventry, but despite faling short, Danny Brown's side still had a wonderful campaign in National One. Lock Talite Vaioleti and scrum-half Brett Connon make our starting XV.

Prop Will Norton represents third placed Plymouth Albion in our team of the season while Sam Baker and Joe Berics from Ampthill and District are also included.

Birmingham Moseley's Ciaran Moore is amongst the forwards after a strong campaign at Billesley Common whilst Rosslyn Park's Hugo Ellis slots into the back-row.

In the backs, Blackheath's Markus Burcham and the versatile Oskar Hirskyji-Douglas from Loughborough Students are partnered in the centre and Old Elthamains' flying winger Dom Lespierre makes the XV.