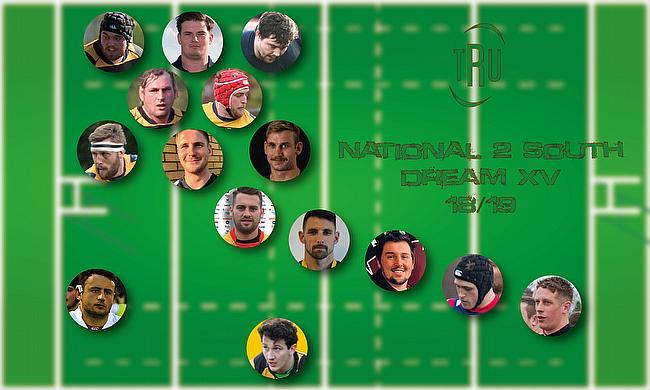 It would be easy to select a National Two South Team of the Season which is completely dominated by Rams RFC.

There would be no apologies for that especially after the year they have had, but there was more than enough standout performers across the division to choose from!

In terms of Rams, three players have been included in our squad with flying winger Jak Rossiter one of the first names on the teamsheet while the excellent duo of Ben Henderson and James Baker are included in the front-row alongside Canterbury’s Sam Kenny.

Sticking with the City Men, the versatile Ollie Best slots into full-back whilst Royce Cadman is named in the second-row after Canterbury followed champions Rams RFC into National One.

Also included in the pack are Henley Hawks’ David Hyde and Sam Lunnon while Taunton Titans’ Jarrad Hayler is at flanker and Clifton’s Niall Gibbons has been selected at No.8.

The half-back pairing comes from Birmingham & Solihull and Worthing Raiders as the impressive Jack Jolly and Matt McLean have been named in TRU’s Team of the Season.

In the centres are Taunton’s Nick Mason and Tonbridge Juddians’ Duncan Tout while last and certainly not least, leading try scorer Henry Bird, of Old Redcliffians, is on the wing.

Below is our Team of the Season, plus, we have included some notable mentions.