Top 5 Sides to Watch Next Season 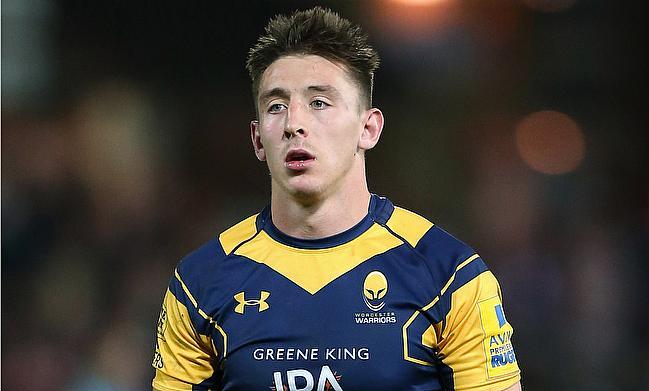 National Two Play-Off: Chinnor create history after securing promotion to National One
Plymouth have eyes on third and Luctonians aim for safety
Barnstaple and Wimbledon fail to beat the drop
Worcester thump Harlequins 44-13 as London Irish face relegation
Can Ealing take the next step in 2018/19?

TRU’s Joe Harvey selects some of the teams to keep an eye on next year across English rugby’s top four tiers.

Whilst Worcester placed 11th overall in the Premiership this season, they actually had some pretty fantastic highlights in their season. Playing on the artificial surface has allowed the Warriors to change their style of play, with the likes of Francois Hougaard and Josh Adams benefitting greatly from this.

With Jonno Lance set to re-join the club, along with Duncan Weir, Worcester may be ready for greater things next season. British & Irish Lion, Ben Te’o, has also begun to come good for the club. Maligned with injury since joining from Leinster, Te’o has left his troubles behind him, starring for the Midlands side at the end of the season.

Francois Hougaard’s announcement that he was retiring from international duty with the Springboks would have been welcome news for the Worcester faithful. Always playing better with the South African in the side, they have been hampered when Hougaard has been away on international duty for large chunks of the season.

Josh Adams has been one of the revelations of this season. The Welsh winger has scored 13 tries this term, finishing joint top of the try scoring charts with Vereniki Goneva and earning his first Wales caps.

Watching Worcester next season will be interesting. Whilst we’re not suggesting that they’ll finish first in the league, we do expect a much better year next season.

If totally honest, this was a tight call. Newly promoted Coventry were the only other side to rival Ealing for this mantle, but Ealing’s signings ahead of the next season can’t be overlooked. With the likes of Campese Ma’afu, Craig Willis and Guy Armitage all joining with a wealth of Premiership experience, Ealing look set for a first foray into the top flight.

The signings of stand-out Championship performers such as Jordan Burns, Howard Packman, George Edgson from Bedford and Laurence May from Cornish Pirates show that Ealing have really brought in a crop of players who can take the club to the next level.

This Ealing squad is an exciting prospect and easily the strongest squad that the division has ever seen. With the club taking Bedford’s stand-out players away from them, it would seem that the only two clubs vying for top spot are Ealing and London Irish.

The Championship is getting better every year. However, it is only the clubs with money who seem to be in the promotion race. Ealing are the figureheads of this trend and their owner will want to see his money get them into the Premiership.

Whilst not the easiest place to get to, Plymouth does have a rich rugby heritage. Recently in the Championship, the Devonshire outfit will have been disappointed not to regain promotion.

With a series of brilliant performances from superb back-row Sam Daly, fans of the club, and indeed the league, would have happily welcomed the news that Daly has signed a contract to remain in Devon.

Sam Daly commits to @AlbionRFC for 18/19 and thanks his sponsors @Plymalbi200: "Big thanks to them for sponsoring me this season and for all their support." https://t.co/Rk7nXIzxdC @nca_rugby @national1_rugby #Nat1 pic.twitter.com/ZpAAcadbVS

Cameron Setter has even committed himself to the club. The well thought of scrum-half has signed a contract extension to stay with the club. What’s even more promising for Albion is the signing of Nottingham winger Josh Skelcey. The former England under 18s player is well proven at Championship level and shows the ambition of the club.

Probably underachieving this season, they will be hungry to get back to where the majority of their fans feel like they belong.

Finishing their league campaign on 126 points, it’s a wonder how Sedgley didn’t get promotion. The Manchester side ticked all the boxes if you want to see some attacking rugby next season.

Gaining a grand total of 26 try bonus points, the club have racked up some astonishing score lines. In their final three league fixtures the side scored 205 points over their opposition and only conceded 62.

Unfortunately, the free-flowing side fell at the final hurdle as they lost away to Chinnor in their big play-off game, but with the ability that the club possess, you can see them challenging for promotion next season.

Whilst Bury St Edmunds finished eighth in their division this season, there were many promising signs for the club. Starting the season with an impressive four wins in five matches, their formed drifted as winter drew in.

6 new signings join the #Wolfpack ahead of next season https://t.co/bdC7vnz6QQ pic.twitter.com/FIsIPtiNBE

Three losses in a row in December showed how difficult it is to maintain form in National 2 South. In the new year, the clubs form was indifferent, however their new signings for next season suggest that Bury St Edmunds are looking to improve.

Signing an Italian prop from Pesaro, four kiwis and an Argentine, the Wolfpack certainly will have flair as well as very good rugby players. They are easily ones to watch going into next season.