Tommy Taylor set for a comeback from injury for Wasps 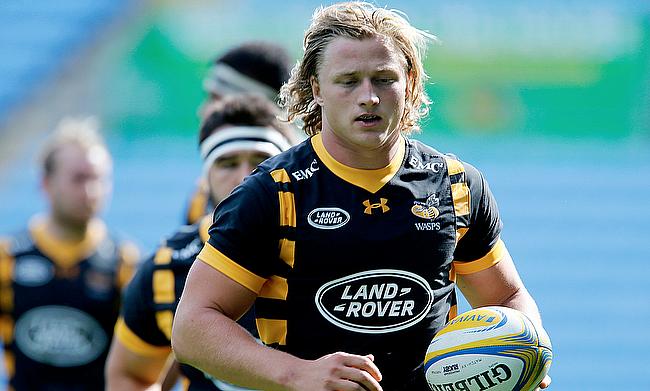 George Ford kicks Leicester to 16-15 win over Wasps
Win a pair of Leicester Tigers v. Wasps tickets
Wasps move to second with 24-16 win over London Irish
Wasps come from behind to draw against Gloucester
Wasps overcome Exeter Chiefs with 13-7 victory

England international Tommy Taylor is set to return to action for the first time in the top-flight since May after he was named among the replacements for his club Wasps for the upcoming Aviva Premiership clash against Sale Sharks.

The 26-year-old, who made a solitary appearance for England in 2016 has made a successful recovery from knee and neck injuries.

Wasps have received a further boost with Elliot Daly recovering from a finger injury and slots at outside centre with Josh Bassett returning to left wing. Jack Willis replaces James Haskell and James Gaskell's absence due to ankle injury sees Kearnan Myall lining up at second row.

With 55 points from 18 matches, Wasps will aim to keep their hope of a top-two finish alive when they head to AJ Bell Stadium on Friday.