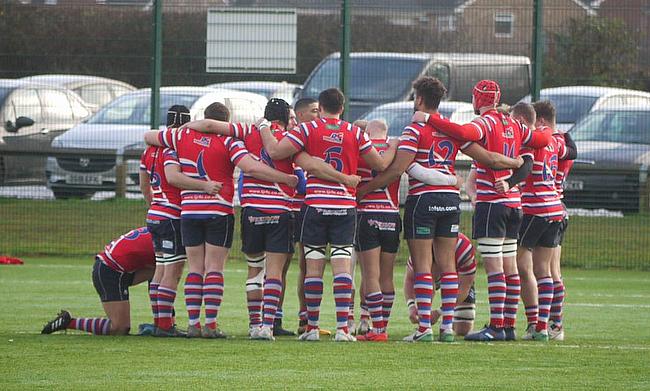 Park go top, Caldy waltz to win and TJs produce a Christmas cracker
Richmond eager to be Christmas number one, Caldy out to ‘rein’ supreme and Taunton wrap up year at Redruth
TJs recover to stay on top
Fylde lose ground, Lucs bounce back and a piece of history at Cross Green
Rotherham beat Canterbury to reignite survival bid

Happy New Year to everyone and welcome to the start of a fresh decade in the National Leagues.

Over the last 10 years in National One and National Two, you could name numerous teams who have gone on to break records and grab the headlines for their superb achievements.

The likes of Hartpury, Coventry, Hull Ionians and Rams RFC, to name a few, have all had their moments to savour and now as 2020 begins, many more sides will be keen to write themselves into the latest chapter of these compelling divisions.

In National One, the battle for promotion resumes this weekend with some eye-catching fixtures whilst the attention is also on the top of National Two South as the leading trio look to kick off the New Year in a positive fashion.

As for National Two North, the spotlight moves to the bottom of the table with Preston Grasshoppers aiming to spark a revival as they take on fellow strugglers Scunthorpe in Lincolnshire.

Below is more in-depth look of the action in Round 17:

“It’s great to get the win and go into Christmas for a rest,” said double try-scorer Hugo Ellis following Rosslyn Park’s 33-20 victory over Old Elthamians just before the festive break. Kieran Power’s men ended 2019 on top of the tree thanks to their 12th win of the campaign and as National League rugby begins in 2020, Park’s aims for this year are clear.

After challenging for promotion last season, the team from the capital are in another strong position and their first opponents of the New Year are experiencing contrasting fortunes. After an historic 2019, which saw Canterbury earn promotion to the third tier for the first time, they enter the new decade propping up National One and even with 14 matches still to go, their stay at this level looks all but over. Andy Pratt’s men are 22 points adrift of safety as they prepare to host the league leaders so the City Men may have wished for a less daunting start to the fresh calendar year.

As Richmond continue to jostle for pole position with Rosslyn Park, their title credentials will be immediately tested in 2020 when they host fourth-placed Blackheath this weekend. Steve Hill’s side are aiming for a fourth straight win and they will also be hoping to build on their excellent 21-5 victory over Chinnor, which they achieved before the Christmas interlude.

However, a Blackheath triumph at the Athletic Ground would edge them back into the title race as James Shanahan’s side currently sit seven points behind the leading trio. ‘Club’ ended last year with a controlled 28-17 win against Canterbury and they will have to be at their very best to get the better of Richmond on Saturday. With Rosslyn Park to come in Round 18 too, the next couple of weeks for Blackheath could change the dynamic of their season as well as the National One promotion picture.

Following a superb 12 months in the club’s history, Rams RFC enter the New Year in fine fettle and a victory on Saturday against Darlington Mowden Park would just add to their remarkable title challenge. As they continue to revel in their maiden National One campaign, Seb Reynolds’ side are level on points with the top two following a run of seven wins from their last eight matches and the Berkshire club concluded 2019 with a last-gasp victory over Birmingham Moseley.

In terms of DMP, they produced the biggest Christmas cracker of them all as the North-East outfit thrashed Hull Ionians 92-7, with winger Brandon Asher-Wood scoring seven tries in the process. Danny Brown’s side are now seven points off the top and that aforementioned win over Hull Ionians has kept the frontrunners in their sights. Victory at Old Bath Road this weekend would add yet another twist to this compelling title race.

Fifth-placed Chinnor will certainly be keeping an eye on the battles above them when they travel to relegation threatened Hull Ionians this weekend whilst elsewhere, Cinderford host Cambridge, Old Elthamians entertain Sale FC, Bishop’s Stortford take on Birmingham Moseley and Plymouth Albion travel to Rotherham Titans.

We'd also like to send our condolences to Hull Ionians following the sad passing of 1st XV player Billy Hardy. Our thoughts are with his family, friends and everyone connected to the club.

Caldy kick off the New Year eight points clear at the top of National One and they begin 2020 by hosting fourth-placed Sheffield Tigers. Gareth Davies’ side have won all 15 of their fixtures this term and their quest for an immediate return to National One couldn’t have gone much better thus far.

A blistering 53-12 win over Chester to conclude the calendar year emphasised Caldy’s dominance this season, but Sheffield Tigers will arrive on the Wirral looking to topple the league leaders. Jamie Broadley’s side enjoyed the first half of the campaign and after securing an excellent win over promotion hopefuls Fylde before the Christmas break, it was a result which highlighted exactly why the Yorkshire outfit could cause Caldy problems on the opening weekend of January.

Fylde are aiming to tighten their grip on a top two spot in National Two North while Saturday’s opponents Wharfedale will be hoping to move away from danger as quickly as possible as the second half of the season resumes.

#Fylde make two changes in the squad for visit of @wharfedalerufc on Sat (ko 3pm). @BenVernon7 starts at flanker and @halchap joins replacements after injury. Full squad at https://t.co/rDLkDtk9cT

The Lancashire club may well be eight points behind Caldy, but top of their agenda is to keep third-placed Sedgley Park at bay as they are only four points ahead of their fellow promotion candidates. Warren Spragg’s side did beat rivals Preston Grasshoppers 28-3 before the winter break and they will be keen to build on that result at Woodlands in Round 17. Dale will have other ideas, though, as they sit just five points clear of the relegation zone but the Greens have never won at the home of Fylde so the odds do seem to be stacked against them.

At the wrong end of the division, Preston Grasshoppers find themselves 12 points from safety after a run of eight games without a win, although they do have a chance to really spark a revival on Saturday when they travel to fellow strugglers Scunthorpe.

Whilst Hoppers’ hopes of digging themselves out of trouble are far from done and dusted, Scunthorpe have an awful lot of work to do if they are to pull off the greatest of all escapes. Tim Robinson’s men are 27 points adrift of safety and they concluded a tough first half of the season with a 15th successive defeat against Sheffield Tigers. However, the Greens have beaten Preston in two of the last three meetings so another victory over the Lancastrians would be the ideal way to kick off the New Year at Heslam Park.

Tonbridge Juddians and Old Redcliffians experienced differing fortunes in the first half of the season and for the former, they will be hoping it remains that way as 2020 begins in National Two South. TJs enter the New Year at the summit of the division and Peter Dankert’s men are two points clear at the top as they prepare to travel to Bristol this weekend.

TJs did beat OId Reds 46-17 back in September and a similar result seems to be the mostly likely outcome on paper as Alex Davies’ side currently sit in the bottom three. The men from Scotland Lane have won just one of their last eight games, but they are only two points adrift of safety so there is still plenty for Old Redcliffiians to play for as they enter Round 17.

Henley Hawks are the nearest challengers to Tonbridge Juddians and like last season, they will be confident they can mount another serious bid to finish in the top two. At the end of 2019, Nigel Dudding’s side signed off with an excellent 31-19 win over Old Redcliffians and that triumph at Dry Leas was their sixth on the spin.

The Hawks face relegation-threatened Bournemouth this weekend with the Lions currently sitting at the bottom of the table. They have achieved just one win from their last nine games, but seven points from their last four matches has kept the south coast outfit alive in the battle to stay up. In fact, they are actually only seven points from safety so another positive result at Chapel Gate would continue to boost Bournemouth’s chances of survival.

Taunton Titans’ mixed festive period was summed up in the final two matches of 2019. An excellent win over Old Redcliffians was followed by an away defeat against Redruth and their small patch of inconsistency means Tony Yapp’s side are now four points behind Henley Hawks in the race for a top two spot.

In previous seasons, Taunton have stumbled at this time of year so the Somerset club will be hoping to arrest that unwanted trait this time around. They begin January by hosting Worthing Raiders, who ended the last decade in excellent shape. The Raiders have won seven of their last eight games, but their superb run of form will be tested this month as Worthing face four of the top five teams. The seventh-placed side will be looking to pick up from where they left off so can they deliver once again on Saturday?