Richmond eager to be Christmas number one, Caldy out to ‘rein’ supreme and Taunton wrap up year at Redruth 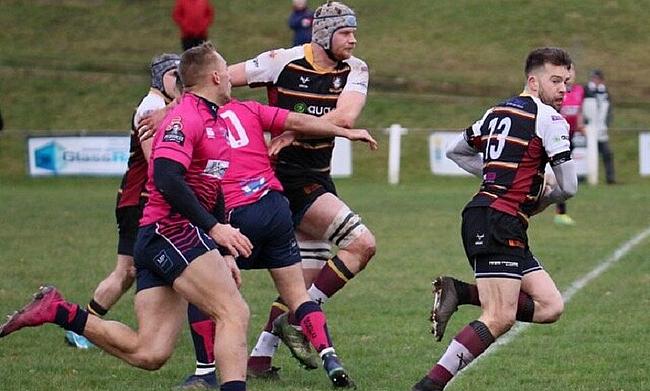 TJs recover to stay on top
Fylde lose ground, Lucs bounce back and a piece of history at Cross Green
Rotherham beat Canterbury to reignite survival bid
Chinnor and DMP up for the fight and relegation battles under the spotlight

As the Sky Sports advert goes: “Christmas is a time to play a friendly game or two”, but in the National Leagues, there will be no early gifts handed out as the final round of fixtures for 2019 is upon us.

It is the season to be jolly so teams across the country will be keen to enter the festive break with smiles on their faces by securing a positive result this weekend.

It is the season to be jolly so teams across the country will be keen to enter the festive break with smiles on their faces by securing a positive result this weekend.

In National One, we have another instalment in the ongoing battle to be top of the tree as Richmond visit Chinnor and Caldy will also want to continue starring in National Two North when they take on fellow Cheshire counterparts Chester.

In National Two South, the frontrunners are separated by just two points and Taunton Titans will want to hold on to their seat around the promotion table when they face Redruth on Saturday.

Below is a more detailed preview of Round 16 in the National Leagues:

It is the final round of fixtures before the Christmas break and just five points separate the top four sides as a compelling year of National One rugby draws to a close. Over the last 12 months, no single team as looked head and shoulders above the rest and this current campaign is arguably the most competitive for some time.

As the festivities really start to click into gear, we do have an early Christmas treat in store at Kingsey Road when table toppers travel Richmond to Chinnor this weekend. Steve Hill’s side were back to their explosive best last time out against Birmingham Moseley, but the league leaders are involved in the next stage of this gripping title race when they face a Chinnor outfit who will also be aiming to continue their push for pole position. The Black and Whites made it seven games without defeat in Round 15 after an impressive display against Darlington Mowden Park and a victory for Matt Williams’ men on Saturday would leave them in a very strong situation heading into 2020.

Rosslyn Park have picked up back-to-back wins in December and another triumph to end the year would keep their title challenge burning bright. Kieran Power’s side had to battle extremely hard against Cinderford last time out, but their failure to pick up a bonus-point saw them drop down to second in the table.

Park are only a single point behind rivals Richmond, but their opponents on Saturday could well ignite this gripping title race even further if they were to come away from the Rock with a victory. Old Elthamains’ run of just one defeat from their last six games has left them on the cusp of the frontrunners and whilst they sit nine points off the top, victory against a title candidate could well spark their own promotion ambitions.

Watch every pass, tackle and try LIVE on Facebook, Saturday from 2:45pm!

Rams RFC just keep rolling on. Seb Reynolds’ side have been nothing short of excellent in their debut National One campaign and for the majority of their time at this level, they must have thought Christmas had come early. The Berkshire club now enter the festive break fully immersed in the title hunt and last weekend’s impressive win over Plymouth Albion means they are now just one point off the top.

Six wins from their last seven games has kept them firmly in the mix and they can head into the New Year in fine fettle if they get the better of Birmingham Moseley in the Midlands. In terms of the hosts, they have really struggled for form of late and six straight losses has seen them slide down the table. Moseley currently sit just one place above the relegation zone so a victory at Billesley Common on Saturday would be an early Christmas present for the club.

There will be a meeting of two teams bang in form when Chester host Caldy this weekend and the latest Cheshire derby has all the makings of an early Christmas cracker (sorry). In terms of the visitors to Hare Lane, Gareth Davies’ side are slowly turning into the runaway leaders following 14 straight victories. The Wirral club have not put a foot wrong in their attempts to immediately return to National One and an eight-point advantage at the top is looking ominous.

However, after sweeping all before them so far this term, a visit to Chester might be their toughest test to date. The home side have turned their season around and head into this Saturday after stringing together a six-match unbeaten run. Jan van Deventer’s men are up to sixth in the table and with confidence behind them, they may well be relishing the challenge of becoming the first side to topple Caldy this season.

Fylde’s second-half performance against Sheffield Tigers was ‘really disappointing’ according to head coach Warren Spragg after their 16-10 defeat last week. Their loss in Yorkshire dented the club’s top two aspirations and now they are only four points clear of third-placed Sedgley Park as 2019 enters its final knockings.

The men from Woodlands will be itching for an immediate reaction and nothing will taste sweeter over the Christmas period than a victory over their fierce rivals Preston Grasshoppers. Paul Arnold’s side created their own slice of history last week as they drew 0-0 with Otley – only the second scoreless result ever in the National Leagues. Hoppers were able to end a run of six straight defeats with their stalemate at Cross Green, but now they will be targeting a derby day triumph. Preston are eight points off safety as things stand and after drawing with Fylde back in September, can they secure the bragging rights and a crucial victory this weekend?

From Lancashire to Yorkshire we go and Huddersfield’s clash with Otley is shaping up to be an important one towards the wrong end of the division. Otley come into this fixture after the aforementioned 0-0 draw with Preston, but they are only six points clear of the relegation places following just one win from their last five matches.

As for Field, they do occupy a spot in the bottom three and Gareth Lewis’ side are the club which sit six points behind Otley as we enter Round 16. Following their excellent win against Loughborough Students, Huddersfield slipped back into the drop zone after a frustrating loss to rivals Luctonians last time out so a victory at Lockwood Park on Saturday could lift them out of danger before the Christmas break.

Tonbridge Juddians have continued to take steps in the right direction in National Two South and two years on since their promotion to this level, Peter Dankert’s side are now serious contenders for the title. The wrestle for top spot in this division has been relentless during the first half of the season but as the second segment of the campaign begins, TJs are the side who currently sit in pole position.

An excellent fightback against Bury St Edmunds last time out means Tonbridge Juddians are two points clear at the summit and if league placings are anything to go by, they will remain at the top of the tree after they face Sutton & Epsom this weekend. However, we know in sport, it doesn’t work like that and S&E will be very much up for the fight when they visit the Slade. Encouraging displays over the last month have kept the Black and Whites’ survival challenge alive and a result in Kent on Saturday would be a great way to end a year to remember for the club.

Henley Hawks’ challenge for top spot continued last week and their win at Leicester Lions highlighted their credentials. Nigel Dudding’s men may have had more glittering results this term, but to grind out a victory away in the Midlands is no easy feat. The Hawks are now two points off the top and their home clash with Old Redcliffians on Saturday suggests they should be sitting in a promotion spot over the course of the Christmas break.

Here's your #hawks squad for the last game of the year & DECADE against @OldRedsRFC tomorrow!

Thank you to Match Sponsor and elite sponsor @gdevansinterior??

Similarly to Tonbridge Juddians v Sutton & Epsom, Old Redcliffians will be out to cause an upset at Dry Leas as Alex Davies’ side look to end a run of six games without a victory. The Bristol outfit are two points from safety as things stand, but a positive outcome against Henley could lift them out of the relegation zone.

Taunton have banked successive wins in December to keep their title bid alive and kicking, with last weekend’s triumph over the aforementioned Old Redcliffians showcasing the Titans at their clinical best. Tony Yapp’s side are level on points with Henley Hawks, but whilst the battle for a top two finish looks to be a three-horse race at the moment, a defeat for Taunton on Saturday could reshape the dynamic.

The Somerset club conclude the year with a visit to Redruth and the Reds are only 10 points behind the top two after six wins from their last seven matches. Nigel Hambly’s side have produced their best run of results for 15 months and another victory to add to their impressive recent record could catapult them into the promotion race heading into 2020.