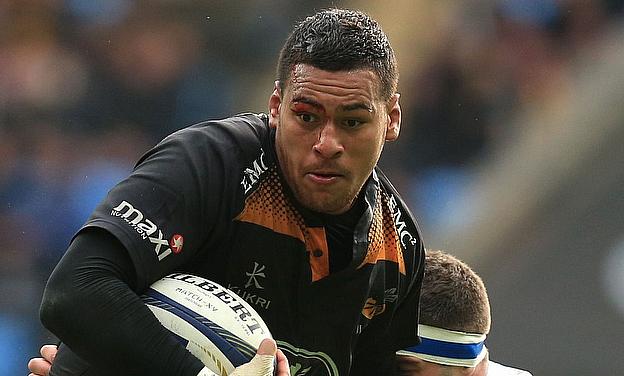 Hughes to face disciplinary panel
Wasps' next two games huge - Young
Jacobs staying put at Wasps
Joe Simpson and Wasps: on the up

Wasps' Nathan Hughes has been hit with a three-week ban after being found guilty of striking George North in an Aviva Premiership clash with Northampton Saints.

North was forced off on a stretcher after the collision for which Hughes was sent off - although both player and team denied the charge.

The RFU have now confirmed Hughes will miss three weeks following a hearing on Tuesday evening.

"Nathan Hughes (Wasps Rugby) appeared before an RFU Disciplinary panel this evening, charged with striking with the knee and/or shin, contrary to Law 10.4(a), during Northampton Saints v Wasps RFC on Friday March 27 in the Aviva Premiership," their statement read.

"Hughes was found guilty of the charge and given a three-week ban starting today (March 31). He is free to play again on April 28."

Commenting on the judgement, Sir James Dingemans said: "This was a three week ban on the basis that no intention was found. However, there was recklessness meaning that, notwithstanding the harm, it was a low entry point of four weeks with mitigation of one week to reflect his previous clean playing record."

Speaking on the morning of the hearing, Wasps director of rugby Dai Young did not feel it was a sending off.

"It's a big decision because he's one of our better players, make no bones about it. I don't think it was a red a card and most people thought that," he said.

"We're hoping that a sending off will be deemed sufficient because it hurt us enough on the night.

"We believe it would be really harsh and a real shame if there was a ban on the back of this because this is probably the biggest game Nathan will play. It would really penalise Nathan and the team.

"We're pleading not guilty because we don't believe it should have been a sending off. If there is a ban then we'll see where we go from there.

"We're not known for a fight and a punch up. We'll put our case forward and they listen to it."