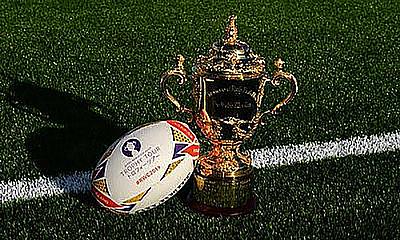 With the showpiece event of the rugby calendar fast approaching, there will already be teams that will know their best teams as preparations have been stepped up over recent months.

New Zealand will head into the tournament as the team to beat, while England, South Africa and Ireland will be looking to build on their 2015 showing.

The Japanese World Cup will be a wonderful occasion where a new country will see everything that is great about the sport. The world will be captivated for the six-week competition, but which teams should we be keeping an eye out for a potential good run?

It is unheard of to be speaking about Australia as the dark horses for a World Cup, but the questions surrounding their manager and the inexcusable actions of Israel Folau; the Aussies aren’t well fancied to achieve anything later this year. However, should they get their best players on the field and create a unity within the group they could be a force to be reckoned with in Japan.

They have been written off in the past, but Cheika has already shown signs that he is creating a positive mood in the camp, and that will go a long way to improving their chances.

How the Aussies start will be crucial. They are in Pool D alongside Fiji, Wales, Georgia, and Uruguay, which looks a bit sticky on paper. The USA remains a growing force in the game, and they could meet them in the next round. The influence of NFL players taking to rugby will make them a threat.

When Scotland thumped England to win their first Calcutta Cup for ten years in 2018, there was a feeling that there was about be a fresh optimism about Scottish rugby. However, fast forward one year, and they have been unable to capitalise on that momentum as they lost to Ireland, Wales and France in the 2019 Six Nations. They did, however, end that competition on a positive, with a thrilling 38-38 draw against England at Twickenham.

They move forward towards the World Cup with momentum from this achievement. It was the first since 1984 that they had retained the Calcutta Cup, and the first time since 1989 that they hadn’t lost to their rivals at Twickenham. In Darcy Graham and Blair Kinghorn, they have two quality players that are capable of producing moments for the Scots in Japan.

The Scottish will be buoyed by the fact that they have been handed a generous group in which they should progress from. They will be in Pool A alongside Ireland, Japan, Russia and Samoa. They have probably the same position than the New York Mets have in the odds to win the World Series of baseball, which is not very favourable, but who knows what can happen?

Warren Gatland thrives in tournament rugby and excels when the tag of underdogs is placed on his side. While they won’t be massive outsiders to win the World Cup, they certainly remain underdogs to win the competition. They will enter the tournament as the second-ranked team behind New Zealand in the rankings and will be hoping to build on a successful Six Nations outing earlier in the year.

They ended the European event as the Grand Slam winners; with their standout result being a 21-13 victory over their nearest rivals England. It would seem this would be the final competition for the Welsh under Gatland, as he has been heavily linked to becoming the next New Zealand coach, which means it will be his last chance to secure a World Cup for the Welsh. The Welsh will face off against the Aussies, Georgia, Fiji and Uruguay in Pool D, and should safely navigate their route into the later rounds, and that is where Wales come alive in tournament rugby.