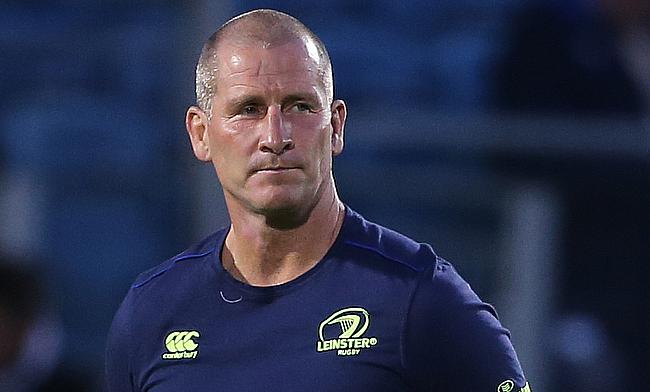 Leinster head coach Stuart Lancaster assured that Ireland international Johnny Sexton's workload will be carefully managed during the end of the season with his possible British and Irish Lions selection around the corner.

The talismanic playmaker missed the first two rounds of the recently concluded Six Nations tournament due to calf injury but returned back to the XV for the final three games including the clash against England that halted Eddie Jones men's 18-match winning streak.

The 31-year-old is set to feature for Leinster in this weekend's European Champions Cup quarter-final against Wasps and Lancaster believes Sexton's experience will be handy for the Lions in their 10-game tour to New Zealand.

"Johnny is available," Lancaster said. "He's not had a great run of games this season, but when he has played he's been excellent, particularly in Europe.

"He's just been a bit unlucky with minor injuries - they've been nothing major and hopefully he'll get a decent run now until the end of the season.

"He'll be managed over the next few weeks. Johnny won't play every match but he's certainly fit and available for this one.

"I wouldn't go as far as to say he'll be first choice for the Lions because there's a long way to go.

"He was frustrated to miss the first two Six Nations games because of the calf injury.

"To play as well as he did in the games that he did play, he has to be contention for the Lions squad, not just because of his talent but because of his experience as well."

Both Leinster and Wasps have topped their respective pool in this season of Champions Cup and are also table toppers in Pro 12 and Aviva Premiership respectively and Lancaster believes an intriguing contest is in store on Saturday when these two teams lock horns with each other.

"We're both top of our competitions and something will have to give," Lancaster said. "It's great to go into a game where both teams are attack-minded.

"But with my defence coach's hat on, we need to be conceding less than four tries to win."