Stourbridge ease to victory over Blaydon to stay at summit 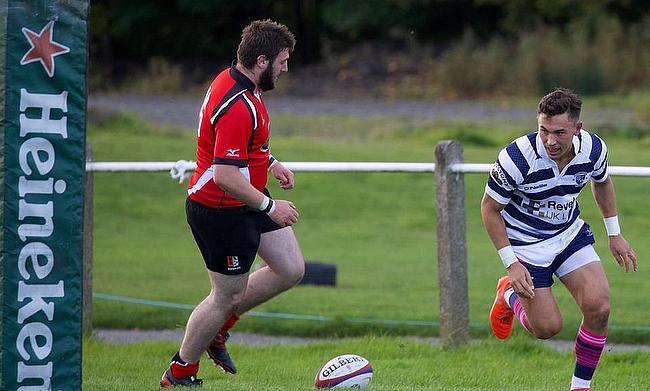 Stourbridge produced a commanding display on their way to securing their sixth successive victory of the season as they beat Blaydon.

The Midlands side have looked excellent so far this term and once again, they showed their quality against the recently relegated Crows.

Hot on the heels of Stour remain Tynedale after their win away at Sheffield Tigers while there were triumphs for Sale FC, South Leicester, Sedgley Park and Leicester Lions.

Stourbridge continued their superb start to the National Two North season with a bonus-point win over Blaydon at Crow Trees.

The in-form Joe Heatley went over for the opening score of the contest and a penalty try helped the visitors lead 14-8 at the break, with Nathan Bailey crossing for Blaydon.

The hosts cut the deficit to three points as Ryan Foreman landed a penalty, but that was as good as it got for Ally Hogg’s men as Stour capitalised on Blaydon’s tiredness.

Tynedale made it six wins from six as they claimed victory over Sheffield Tigers at Dore Moor.

After a slow start, Tyne scored all five of their tries in the first period which was enough to complete the victory in Yorkshire.

Pete Swatkins and Alan Symcox dotted down for the Tigers, but they couldn’t mount a serious comeback in the second-half as they fell to back to back defeats.

Sale FC made it four games unbeaten as they once again triumphed at Heywood Road thanks to professional display against Hinckley.

Jack Moorhouse, Anthony Bingham and Rhys Davies crossed for the hosts, who climbed to third in the table after this victory.

South Leicester maintained their strong start to the season by beating Sheffield, but they were made to work hard for their victory against the newly promoted side.

South were helped into an early lead by the boot of Rickie Aley, but a penalty try on 18 minutes for Sheffield put them ahead.

However, another penalty from Aley and tries via Myles Bean and Corey Venus made it 18-5 at the break.

But Sheffield responded and a score from Connor Mitchell brought them right back into the contest, but South continued to create breathing space for themselves as another Aley pen and a Adam Shaw try gave them a 16-point lead.

The visitors once again showed their grit and dotted down either side of South’s final and winning try -  which was scored by Shaw – as Jamie Pearson and Dan Rylance secured a fifth bonus point of the season for the Yorkshire side, who are still searching for their maiden win.

Sedgley Park bounced back from defeat against Tynedale with an excellent win against Macclesfield.

Andy Riley, Ashley Platt-Hughes (2) and Jamie Harrison scored Sedge’s tries at Park Lane and there was also a close range score late on.

Winger Myles Hall and hooker Nico Nyemba touched down for Macc, who have now won just two of their opening six matches following their relegation from National One.

Huddersfield made it three matches unbeaten as they clinched victory over Luctonians at Lockwood Park.

Full-back Lewis Workman along with Rian Hamilton and Adam Malthouse scored in the first period as Field stormed into a 22-3 lead.

Will Hodnett and Adam Knight both dotted down to peg the score back to 22-15, but the game was ultimately won when Workman crossed for his second score of the afternoon.

And the hosts ended the match with Harry Davey slotting over a drop-goal as Gareth Lewis’ men continued their good form.

Leicester Lions eased past Otley at Westleigh Park to secure back to back victories.

Tries from Ian Smith, Drew Rudkin and James Morgan put the Midlands club 21-7 up at the interval, with Freddie Watson replying for visitors.

Otley – who are now winless in three matches – hit back as Joe Rowntree landed two penalties, but they could not muster up any more points as the Lions took control.

In 10 second half minutes, Henry Clement grabbed a brace and Morgan completed his double to complete the win for Jack Heald’s men.

Chester secured their third consecutive home win of the season following a narrow victory over Wharfedale at Hare Lane.

The Cheshire side ensured their excellent record on home turf continued thanks to a first half try from Andy Baston.