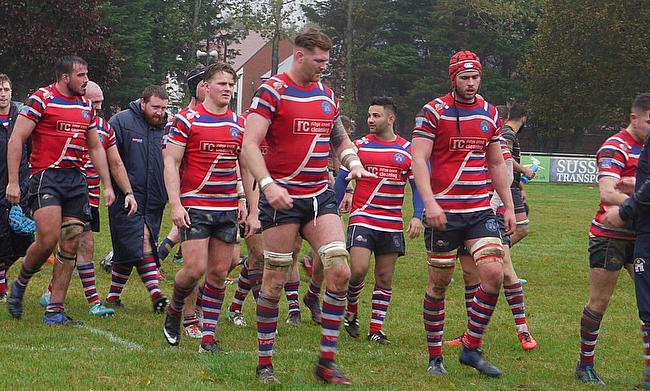 Round Seven in the National Leagues is upon us and as ever, there are some exciting fixtures taking place up and down the country.

In National One, table toppers Richmond will be aiming for a seventh win on the spin whilst National Two North’s frontrunners will be keen to continue their pace on the penultimate weekend of October.

Meanwhile in National Two South, league leaders Tonbridge Juddians will be eager to maintain their perfect record this season as they are the only club across all three divisions to have secured maximum points thus far.

One of the constants in National One this season has been Richmond. Steve Hill’s side are yet to put a foot wrong and as we head into the penultimate fixtures in October, they currently sit three points clear at the summit.

The London-based side have won all six of their matches, but they may well be tested by Cinderford in Round Seven. The Gloucestershire outfit lost to Chinnor last time-out, but Paul Morris’ side have won all three of their fixtures on the road so they will head to the capital confident of gaining a positive result against the table toppers.

Second-placed Rosslyn Park will be feeling back to their best after successive wins over Sale FC and Plymouth Albion. Kieran Power’s side had concluded September with a frustrating loss to Blackheath, but Park have bounced back to stay in touch with league leaders Richmond.

Watch Park take on @camrufc LIVE from 2:45pm on Saturday in their latest @nca_rugby #Nat1 match

This weekend, they travel to Cambridge (12th) who picked up a morale boosting victory over Canterbury last Saturday. It was the Blood and Sand’s first win since Round Two, but now Richie Williams’ men will be desperate to secure their first home win since the end of March.

Rams RFC’s impressive start to life in National One continued last weekend as they moved up to third place after victory over Hull Ionians. The Berkshire club have won five of their six games, but they face a tough examination in Round Seven when they visit Blackheath. The ninth-placed side lost to Sale FC last time out so James Shanahan and his charges will be itching for a reaction at Well Hall.

Also on Saturday, fourth-placed Chinnor will be aiming to continue their encouraging recent form when they host Rotherham Titans. The Black and Whites have won three of their last four games whilst their opponents slipped into the bottom three last weekend after consecutive defeats.

Elsewhere in National One, Old Elthamians travel to Darlington Mowden Park as they target a fourth straight win and Birmingham Moseley will be looking to bounce back from last week’s humbling defeat to OEs when they host Canterbury. Meanwhile, Sale FC go to Plymouth Albion and Hull Ionians entertain Bishop’s Stortford as the division’s bottom club go in search of their first points of the season.

The front three in National Two North are slowly disconnecting themselves from the rest of the division. Due to their impressive starts to the season, Caldy, Fylde and Sedgley Park are pulling clear of the chasing pack and all three can continue their strong form this weekend.

Sedge arguably, on paper, have the toughest fixture in Round Seven when they travel to Chester. Scott Barrow’s side have responded superbly to their defeat against Tynedale at the end of last month and back-to-back wins leaves them just four points behind second-placed Fylde. In terms of Chester, their run of three straight victories came to an end at Otley last weekend so they will be keen to maintain their 100 per cent record at Hare Lane.

Caldy are currently the league leaders in National Two North and Gareth Davies’ side look like they may take some stopping this season. The Wirral outfit have won all six of their fixtures so far after relegation from National One and the Cheshire club host Otley on Saturday. However, Caldy will have to be wary of their visitors as Charlie Maunder and Tom Casson’s side have won their last two matches which seems to have ignited their season.

Fylde are just one point behind Caldy heading into this weekend and Warren Spragg’s side also remain unbeaten. The Lancashire club were outstanding last Saturday as they brushed Stourbridge aside and they will be aiming to continue their purple patch away at Hinckley in Round Seven. It was another frustrating afternoon for the Hornets against Sedgley Park last time out so now they will be seeking their first victory of October against one of the promotion challengers.

Loughborough Students are six points behind the top three as things stand and Rhys Edwards’ side are slowly adjusting to life back in National Two North after successive wins over Sheffield Tigers and Luctonians, respectively. This weekend, they host Hull and the Yorkshire club will be keen to recapture their early season form as Gary Pearce’s men travel to the Midlands in the bottom three following three consecutive losses.

The game of the weekend across the National Leagues comes from National Two South as table toppers Tonbridge Juddians host promotion hopefuls Henley Hawks at the Slade. A few weeks ago, this may have been a battle of the top two, but Henley’s mini-blip in form means they start eight points behind TJs coming into this fixture.

The Hawks have won just one of their last three games whilst TJs have been imperious. Six bonus-point wins on the trot leaves them five points clear at the summit and they have not lost a league match for over nine months. Another victory here would tighten their grip on top spot, but more significantly, it would further enhance their title credentials.

Second-placed Taunton Titans will be keeping tabs on events in Kent when they visit Westcliff in Round Seven. After losing to TJs at the beginning of the month, Tony Yapp’s side were able to immediately bounce back as they battled to a hard-fought win over Old Albanian.

The Titans will be heavy favourites to add another victory to their name this weekend as they face a Westcliff side who are bottom of the division and still searching for their first ever triumph in National Two South. The newly-promoted club have lost to Sutton & Epsom and Bournemouth over recent weeks and those two aforementioned sides are teams currently around them in the division. That would have frustrated Rick Compton and Jacob Ford, but now they will be hoping to upset the applecart to kick-start their campaign.

Clifton currently occupy third place in the standings and deservedly so. The Lavender and Blacks have been excellent so far and a derby day victory over Old Redcliffians means Matt Salter’s side are just two points outside the top two. The Bristol-based club host Bournemouth this weekend and the Lions will be keen to build upon their first win of the season, which they achieved last Saturday against Westcliff.

One of the other standout games in the division this weekend focuses on the wrong end of the table when Barnes entertain Sutton & Epsom. The hosts in Round Seven are just two points clear of the relegation places after three defeats in a row whilst S & E are currently in the drop zone, but the visitors can leapfrog Barnes with a victory on Saturday.