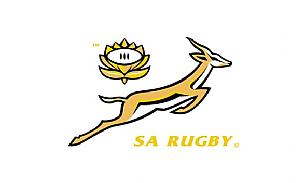 With a slightly changed line up, the world champions are going onto their second world cup battle with knowledge that the opposition has it in for them. the Fijian team felt that they came close to upsetting the eventual champions four years ago in France, had they not made some costly mistakes late in the match, it may have had a different outcome. After their close win against a spirited Welsh side, the Springboks will not be taking this fiji side lightly, after all it is a side capable of beating the same Welsh side that had the Springboks trailing by six points with 20 minutes to go before time.

keeping in mind that the team line up that are anounced at the team anouncement press conference are subject to change due to player fitness and availability, the Springbok coaching staff have opted to go with the heavier Frans Steyn at inside centre to replace the injured Jean De Villiers. The move, possibly, is to match the size of the Fijian mid-field duo of Seremaia Bai and Napolioni Nalaga. Pat Lambie starts at full back for his world cup debut and Juan De Jongh will start off the bench. The third change in the back division comes at a loss, to injury, of hard Bryan Habana. He will be replaced by Odwa Ndungane in a straight swap. Where one would have thought that Francois Hougaards effort when he came on in the last match would have earned him a place in the starting line up, it appears that the coach sees him more usefull as an impact player, or maybe he starts off the bench because the coach wants a versatile back-up at hand for his backline.

The fourth change in the Springbok line up comes in the second row and no prizes for guessing that it is also injury  forced. Victor matfield falls out of the matchday squard due to a hamstring strain, and oddly enough he is to be replaced in the starting line up by his long time locking partner Bakkies Botha. Botha comes back from injury after missing the opening match because of an injured achilles' tendon. This means that Danie Russouw will now move to number five and Bakkies will wear his usual four. Willem Alberts will once again cover the second row from the bench, the back row remains unchanged for this match but there is a change in the front row, although this time it is not injury forced. Tendai Mtawarira moves to the Bench to make way for Guthrow Steenkamp who the coach feels that it is in the team's better interests that he  gets a longer segment on the park than he gets when coming on as a replacement.