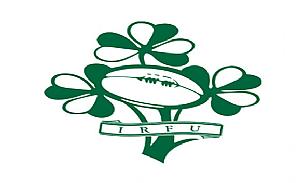 Ireland will look to continue their good form against minnows Russia at the Rotorua International Stadium. The Irish stunned the rugby world last week by beating Australia 15-6 last week putting them in the ascendancy in pool C. Declan Kidney rings in the changes with Leo Cullen, the stand in captain, admitting that Ireland's fringe players are "champing at the bit  to face the Russia.

Kidney also hands starts to Donnacha Ryan, Sean Cronin, Tony Buckley, Paddy Wallace, Andrew Trimble, Fergus McFadden, Ronan O'Gara and Isaac Boss. Cullen played in Ireland's only other clash with Russia back in 2002 where the Irish won comfortably 35-3. With Ronan O'Gara speculating about whether or not to retire from International rugby, Ireland will be looking to progress as far as they can in this tournament.

Russia will want to put in a strong performance as they make nine changes to the team that lost heavily to Italy 53-17 last time out. Denis Simplikevich is handed a debut after the 20 year-old winger caught the eye of the Russian coach at the 2010 and 2011 Junior World Rugby Trophy.