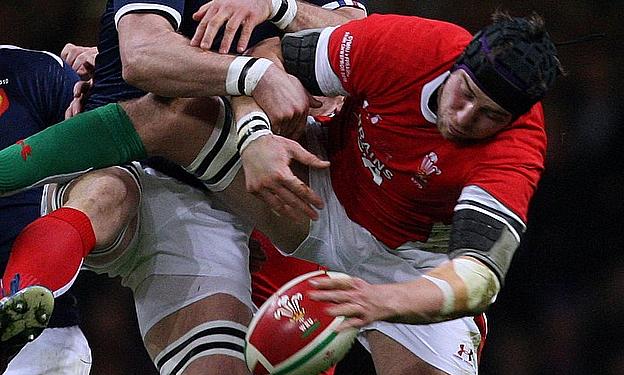 Former Wales captain Ryan Jones believes rugby sevens is ready to touch new heights through its exposure at the Commonwealth and Olympic Games.

Jones, a three-time Grand Slam winner and his country's most capped rugby union skipper, has been in Glasgow as a Team Wales attache - part celebrity cheerleader, part motivational speaker - and has worked closely with Gareth Williams' sevens squad.

While a broken leg has limited him to a watching brief on the sidelines, he has been enthused by the build-up to the event and sees the next two years as critical ones to the sport's image.

Sevens, a feature of the last four Commonwealth Games, is to debut at the Olympics at Rio 2016 and Jones sees huge potential for growth in his game.

"I think the appearance of sevens here in Glasgow and then for the first time in Rio will be a genuine game-changer for rugby union," he told Press Association Sport.

"It is a format that allows us to take the game truly global and a format that any nation can take part in and be really competitive, even if they don't have strong domestic leagues.

"The Commonwealth and Olympic Games in the next two years will gain exposure in all four corners of the world and that is huge for the sport.

"If I was 10 years younger and 10 times better I'd have loved to go to an Olympics, but for some of the lads who are in the squad now it is a genuine realistic ambition.

"We all grew up watching these events, the history, the heritage and to be part of one would be pretty special."

As for Wales' prospects of taking home a medal, Jones feels positive.

New Zealand have a 100 per cent record of claiming Commonwealth gold and will be favourites once again, but a podium finish is not beyond Williams' men.

They have the likes of Cardiff Blues trio Jevon Groves, Gareth Davies and captain Adam Thomas as well as James Davies, Craig Price and Gareth Owen on duty, which had not always been a given.

Strained relations between the Welsh Rugby Union and Regional Rugby Wales had threatened to compromise their availability, but with their release safely negotiated Jones is hoping results will follow.

"This is a squad littered with great individual talent and there's no reason why they can't get to the podium," he said.

"Momentum and confidence are bandied around a lot in sports like ours but it really is the case - one win becomes two or three then you're really flowing and things are looking rosy.

"You never know in sport but this team has definitely got the talent to go far."