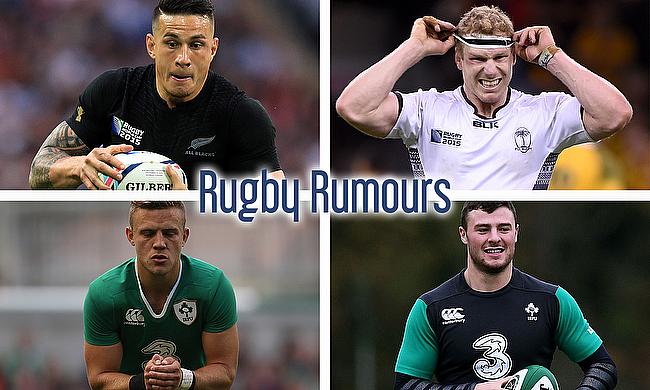 Sonny Bill back to France:

The "coming months" could see the return to France of Sonny Bill with Toulon interested in welcoming him back.

When the New Zealander isn't off doing good deeds around the world, he can be found offloading out of any situation and the Rugby World Cup was a great platform for him to show off his talents.

Those skills obviously haven't gone unnoticed with the money-men in Europe and back in his old code of Rugby League either.

After a very impressive Rugby World Cup in his lesser prefered position it's no wonder that David Pocock is recieving some attention from the French clubs (amongst others).

Bordeaux Begles have reportedly offered Pocock a salary of around £200,000 a year, his contract with the Brumbies ends in 2016.

Ian Madigan is being hounded to join Munster next year by the IRFU apparently.

Madigan, was reportedly offered €500,000 a season. His contract with Leinster is up at the end of the season,  with real interest in the from Harlequins, Montpellier and Bordeaux-Begle on top of that.

Connachts Robbie Henshaw's contract is up for renewal. With a potential move to Leinster on the cards, despite a great start to the season by his Connacht side.

If the move goes ahead he wouldn't be the first Connacht player to make the switch cross-provinces.