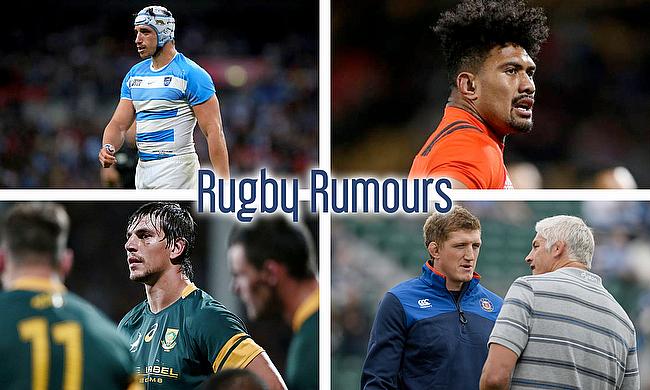 Argentina's second row Tomás Lavanini is at the end of his contract, and has recieved plenty of interest from the Top 14.

With his international side accepting players outside of the country for representative honours, he can look to take Racing 92 up on their lucrative offer.

Having fallen out of favour with the All Blacks, and with Sam Cane proving to be immovable from the 7 jersey, it seems that a move is more than likely.

Pau aren't shy of an in-form New Zealand international (Colin Slade, Conrad Smith to a few), they have approached Ardie Savea for his services post RWC2019.

Bath Rugby have had a shakey start to the Gallagher Premiership with 1 loss and 1 draw, there are mumours of a changing of the guard at the top.

Stuart Hooper, current 'Performance and Player Development Director' at Bath, with 177 appearances to his name, is odds on to take the reigns come Christmas.

Eben Etzebeth's contract with Super Rugby's Stormers is coming to an end, and with an offer on the table from Toulon, he might not be in SA for long.

Top 14 side RC Toulonnais have reportedly thrown him an offer of €1million a year, which I'm sure wouldn't have gone unnoticed.