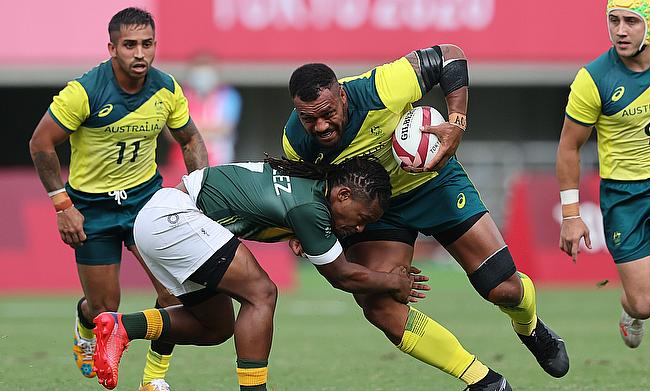 Rugby Australia has launched an investigation involving misbehaviour from Australia Men's 7s team over an alleged incident on their flight home from the Tokyo Olympics.

The decision follows after reports of men’s Sevens team and Australia’s rowing team damaged beds and put a hole in a wall at the place where they were accommodated during the competition leaving their rooms in "unacceptable conditions". The Japan Airlines has sent a complaint to the Australian Olympic Committee the report further added.

"While there has been no formal complaint from the airline, unacceptable behaviour was brought to our attention and I directly raised the issue with our member sports CEOs," Carroll said in a statement.

"It's extremely disappointing but both Rugby and Football have told me that such behaviour is certainly not acceptable within their sports."

Meanwhile, Rugby Australia apologised over the incident and assured AOC of the investigation on the issue.

"Rugby Australia has been made aware of incidents involving the Australian Men's Sevens program after being informed by the Australian Olympic Committee," the statement read.

"Rugby Australia has begun its own internal investigation into the matter based on the information provided by the AOC.

"Rugby Australia expects the highest standards of all its employees, modelling the values of our game - respect, integrity, passion and teamwork."