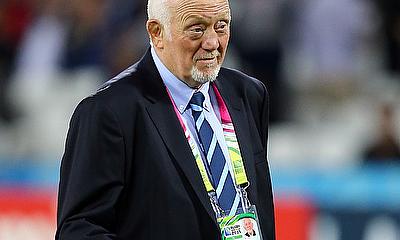 Romania have received a timely boost ahead of their World Cup grudge match with Canada on Tuesday with the news that head coach Lynn Howells has penned a new two-year contract.

Howells, formerly an assistant coach with Wales, has agreed a new deal to continue coaching The Oaks, and will now look to end the World Cup on a high.

Having been defeated in their first two ties with France and Ireland, Romania, currently ranked 17th in the World, cannot reach the quarter-finals, but will be desperate to avoid a winless Pool D campaign by beating Canada at Leicester’s King Power stadium.

"I'm pleased for myself but I'm also pleased to take the Romanian team to the next level, which will be exciting," said Howells.

"That's part of the legacy that I have to leave. If I have done my job I'm hoping that by the end of the second year we would have put in place a head coach to take the team to Japan (in 2019).

"If I can do that and then revert back to technical adviser that would probably be the right way to go for the development.

"The difficult thing for the players is at the moment the camp is very nervous. They want to go out and play and they want to get the game under way.

"It's about just calming everything down and just realising what we have to do and that's the biggest thing, not to worry too much about the game but worry about what you can fetch to the game."

Canada came close to toppling Italy at Elland Road the weekend before last although they were eventually to fall to the Azzuri and Howells admitted Kieran Crowley's side will prove another tough challenge.

"The Canadian team will be the same as we have experienced, France and Ireland certainly tried to get the ball as wide as they could against us and I don't expect anything different from Canada," said Howells.

"We've seen the way Canada play is a high-intensity game being played wide.

"They don't want to go to the scrum because that's something they try to get away from very quickly and they try and stay away from a big driving game.