Robshaw not fazed by critics 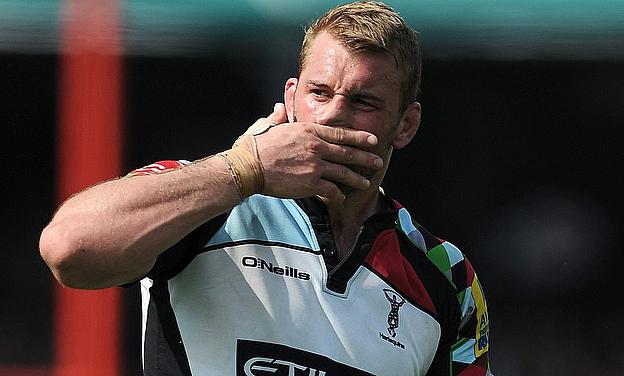 England captain Chris Robshaw simply ignores those questioning his leadership as the countdown ramps up for next year's World Cup.

The Harlequins openside's suitability as both the captain of England and as a specialist number seven has seemingly been scrutinised ever since he took over from Lewis Moody in both roles after the 2011 World Cup.

Robshaw, 28, being replaced by Joe Marler as Quins skipper this summer has only given doubters more fuel to throw on the fire, with some wondering how he can lead his country if he is not the man in control at the Stoop.

"People from the outside don't quite see how a captain manages a team. I am surrounded by a group who drive the standard of training, the dressing room and the whole culture of the side. I oversee it but I let other people - the forwards, the backs, the pack leaders - drive the team forward. My way is to let other people do what they specialise in.

"I have had it for quite a while now. As a professional, you should be able to ignore it but it becomes very difficult. It is a team sport but people want to make it about individuals. All I can do is crack on."

Pressure is mounting on Robshaw and company as the final preparations for next year's World Cup on home soil get under way.

Earlier this week it was revealed that demand for tickets had been so high that there will have to be ballots held to allocate tickets for some seats for every match.

But Robshaw insists that the squad, led by head coach Stuart Lancaster, will not be fazed by the weight of expectation and instead expects them to grow stronger as a result.

"I don't think it will crush us," Robshaw added.

"There are a lot of plans in place to make sure the lads get the downtime to give them the opportunity to rest and get away from the pressure. But the World Cup's coming; we can't hide from it. Look at the London Olympics and how it inspired the athletes. It could be the same for us."