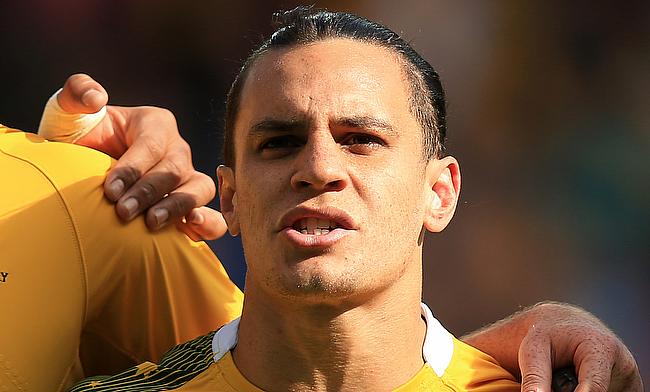 Matt Toomua is set to make his Rebels debut
©PA

Australia international Matt Toomua is set to make his debut for Melbourne Rebels after he was named among the replacements for the upcoming round of the Super Rugby clash against Bulls to be played at AAMI Park on Friday.

The 29-year-old was granted an early release from Leicester Tigers after the Welford Road unit secured their Premiership status and now returns to the Super Rugby competition for the first time since 2016 after previously playing for Brumbies.

Number eight Isi Naisarani has been left out along with flanker Luke Jones and have been replaced by Rob Leota and Angus Cottrell respectively.

Head coach Dave Wessels has confirmed that Quade Cooper, who suffered an injury during the game against Reds has been declared fit and has been retained at the fly-half position.

“He’s fine, he pulled up straight away after the game and was feeling fine, he followed the concussion pathway and passed all of those markers, so he’s feeling good,” Wessels said.

“We’re lucky we’ve got some depth in the back five of the scrum. Rob Leota, obviously everyone knows how well he’s been playing, so it’s great to have him in the mix.

“We’re fortunate to have Dickie (Richard Hardwick) who’s a Wallaby, we’ve missed having a specialist flanker who plays to the ball, so that’s a part of our game that Dickie will really help with.”

Rebels currently are at the second position in the Australian Conference with six wins from 11 games.