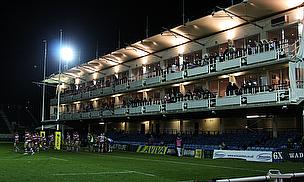 1. How are you enjoying being out in Japan and playing for Suntory?

I am really enjoying my time in Japan. It's great learning about the culture and the Japanese people are so welcoming.  You don't play as many games over here so the body feels refreshed after 3 long seasons in the UK.  With less game's it gives you an opportunity to focus on different things with your training and work on skills you may not have in the past. It's great to be involved in such a strong company like Suntory.

2. You moved from the Waratahs to London Irish, what made you choose to move to England and did you enjoy playing for London Irish?

I felt I had gone as far as I could in Australia at the time so I thought the time was right to move and experience some different rugby. I wanted to move to the right club who played a style of rugby I appreciated. I was lucky to move to a club like London Irish. I thoroughly enjoyed my time there and have some lifetime memories and friends.

3. If it did how did playing for London Irish improve your game?

I def think it improved my game. I took more of a leadership role, which I enjoyed and with the way LI play I was able to express myself.  They gave me an opportunity to move into flyhalf and work with Mike Catt, which was great. Also with the way the weather is in the UK, games tend to be quite tight and physical so I was able to work on that side of things.

4. Would you ever consider going back to the Northern Hemisphere to play rugby again?

I def wouldn't rule it out. As I said I really enjoyed my time at LI. I always wanted to play in Japan so when the opportunity came up to join a strong company like Suntory it was hard to knock back.

5. Which position do you prefer playing, fly half or full back?

I have grown really fond of playing fly half of late but it really doesn't bother me. I think the two positions are very similar.

I think Australia are timing their run well for the world cup. I think if the tight 5 do the business up front the backline is as dangerous as any in the competition. I think it will be out of Aus, NZ and Eng.

7. What is different from Super Rugby to European Rugby?

I think the Heineken cup is a lot like super rugby in both the style of play and the fanfare that goes with both competitions. The premiership is a real grind and with the whole relegation process, games are a lot tighter.

8. What is the best stadium you have ever played in?

It's tough to pinpoint just 1 stadium as I have been lucky to play at some great stadiums around the world but it is tough to go past a full house at Twickenham.

9. Do you still keep in contact with players over in the Northern Hemisphere?

Yes I def stay in touch with a lot of the boys at London Irish. I have made some lifetime friends in the UK because of my time there.

10. Who was your rugby hero when you were growing up?

11. Who is the toughest player you have played with/against?

The toughest players I have played with would be Nathan Grey and Phil Waugh.

12. What has been your career highlight so far?

It's hard to single out one particular highlight so I have named a few.

13. What advice would you give to youngsters who want to play rugby professionally?

Never give up. If you have a dream to play professional rugby, work hard and don't take things for granted.

Hero (who isn't in rugby)?  Shane Warne for his sporting ability and the way he could change a game.

What do you do in your spare time when not playing rugby? Like to play Golf.

What do you think of talkingrugbyunion.co.uk? Good versatile site.