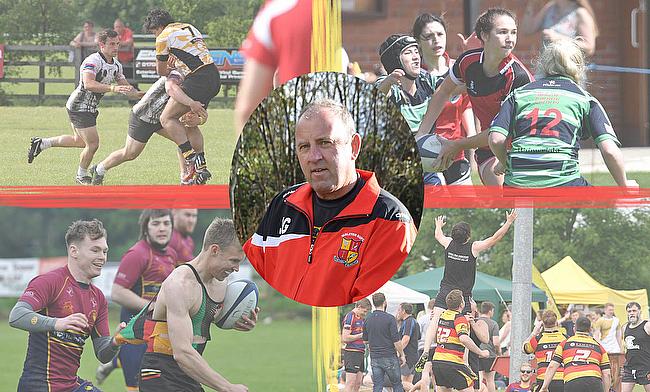 Talking Rugby Union would this week like to pay tribute to Jeff Gordon who sadly passed away last month.

Jeff was much-loved by the TRU team for so many different reasons and it really is difficult to highlight them all.

When Max Ashcroft and Max Skofic first launched the website, accessing photographs to go alongside the content they were producing was difficult, but Jeff was on hand to provide the images you still see on TRU today.

We cannot thank photographers enough who allow us to use their excellent snaps to enhance our coverage whether that be Gallagher Premiership or National League Rugby, but Jeff was our trailblazer. He was our chief photographer and our mentor. He would loan the team camera equipment, his time, his Facebook expertise but more importantly, his attitude to making things happen.

For Max A’s father, Mark, Jeff was a loyal and close friend and rugby will always be a strong bond between the pair.

Mark played for Ormskirk where Jeff would go on to be one of the club’s most prolific and decorated volunteers whilst at Tarleton RUFC, Jeff’s commitment to every facet of the club can never be understated.

From working behind the bar, cleaning the changing rooms and then as 1st XV manager, Jeff was a clubman through and through.

It was photography that became a common language between Mark and Jeff. In 2011, Jeff joined Paul Mahon, Jon Skofic and Brian Ellis on a rugby adventure to Kinsale, Ireland – the Kinsale 7s - a synonymous tournament for TRU.

But here’s action from the rugby in Australia with a fitting tribute to Jeff - https://t.co/NONulRAYee

Jeff was a key member of the touring contingent for the next four years, accompanying Red Panda 7s and PridePassionParty.

Another event that is special to TRU is the Skofic7s. After sadly losing their father, Jeff helped the Skofic family turn the tournament into one of the leading competitions on the National 7s calendar.

Jeff will be looking down on us all now, not wanting to take the credit for his selfless work ethic and passion for Skofic 7s, but without his guidance and commitment, the event would not be the success it continues to be today. It really is a true festival of rugby.

Rugby was important to Jeff and he followed the playing career of his son’s, Chris and Dave, everywhere including to Coffs Harbour in NSW, Australia. That club has become a part of his rugby legacy and it was fitting that on the other side of the world, they held a minute’s silence and are looking after his family.

It is abundantly clear how many people were privileged to have known Jeff, not only in his hometown of Rufford, Lancashire but also across the other side of the world.

AT TRU, the website continues to go from strength to strength, but whilst we strive to get better and better, we never forget how far we have come. Without people like Jeff, our journey might not have even been possible.

To Anne, Chris, Dave and Amy, we are so sorry for your loss. On behalf of everyone at TRU, Jeff’s influence on our team will never be forgotten. He was and continues to be our inspiration.

So as we look forward to covering all of the rugby this summer, whether we are in the press box or enjoying it with a beer, we will remember Jeff Gordon - Our Grassroots Hero.