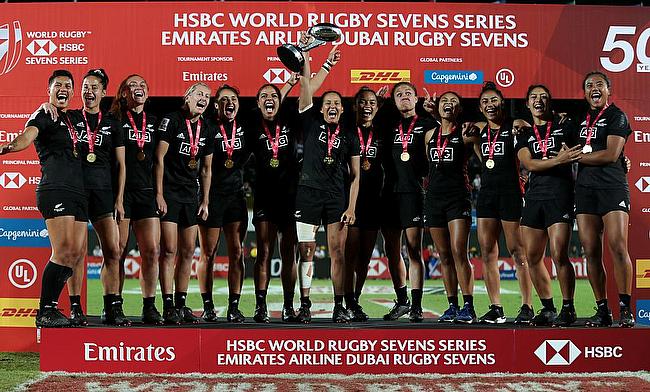 Gayle Broughton scored the decisive try in the closing stage as New Zealand successfully defended the Dubai 7s title with a 14-17 win over Canada 7s in the second round of the Women's World Rugby Sevens Series.

In a riveting encounter, Stacey Waaka started the proceedings with a second minute try for New Zealand but Canada responded back immediately with a touchdown from Karen Paquin.

The scoreline became 14-5 by the seventh minute with Julia Greenshields going over the line and Ghislaine Landry improving it but Waaka's second followed by Broughton's decisive try with 20 seconds left in the game ensured New Zealand edged past with a three-point win.

“It’s incredible. It doesn’t matter who pulls this black jersey on, you’re always going to play with pride, mana and for yourself, your friends, your family – that name on your back and especially the fern, your country," said Nathan-Wong.

New Zealand registered wins over Fiji and USA with a 14 and 17 point margin to reach the final while Canada had impressive wins over France and Australia. USA went on to win the Bronze Final with a 24-7 win over Australia.

The win has taken New Zealand to the top place with 36 points while USA also with 36 are at second place. Australia, Canada and France occupy the third, fourth and fifth respectively.