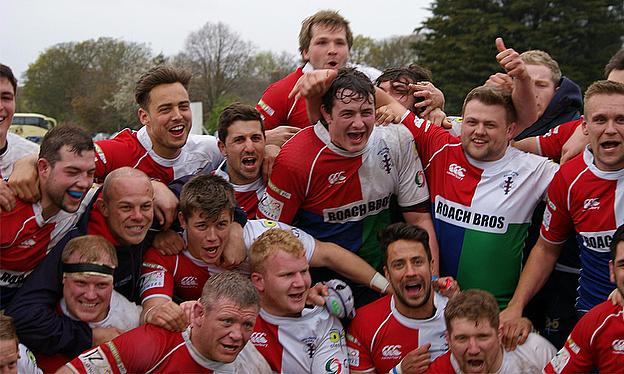 Hull Ionians get automatic promotion to National One
©Malcolm Knowles

It has been one of the most action-packed National Two seasons to date. We had title races go down to the wire, while any number of sides could have been relegated from both leagues on the final day.

Once again, this year has been a superb advert for National Two rugby and here is all the reaction from a dramatic season and tense last round of fixtures.

The 2014-15 National Two North season once again produced some outstanding English domestic rugby which was proven, when every game had something riding on it on the final day of the season.

With Hull Ionians being relegated last season and Ampthill and District becoming a real force, it wasn’t a surprise to see both of these sides challenging for the title throughout this year. But only one could prevail and Hull Ionians claimed automatic promotion to National One after beating Caldy away from home which meant they won the league by just three points.

Ampthill knew that Hull Ionians had to pick up two points or less and they had to beat Stockport, for the A’s to be crowned champions. However, even though they put in a classy and professional performance, Ampthill will have to go again for a place in National One this Saturday when they face Bishop’s Stortford in the National Two play-off.

In terms of the relegation battle, it is fair to say it was enthralling and nail-biting for teams at times. Newcomers to the league, Huddersfield and Broadstreet, found excellent form in the second half of the season to secure National 2 rugby for another year, but National Three North play-off winners  Stockport – who were hit by a huge amount of injuries and other factors- only managed two wins this campaign and were relegated in March after a defeat to Caldy.

The final two relegation places went down to the wire. Two of Preston Grasshoppers, Luctonians, Hull and Birmingham and Solihull would be relegated and it was Hull and The Bees who joined Stockport.

Preston triumphed over Hull whilst the Luctonians kept their cool against Leicester Lions and even though Birmingham & Solihull beat Otley and ended the season with the third best away record in the league, they still couldn’t survive.

So the only question which reminded was; Who would finish in the top three?

After the first few weeks of the season, you could tell Hull Ionians and Ampthill would start to run away with the title race which meant there was a mini battle going on below them.

With the top two places sealed by March, five teams were going for third place, but it was the impressive Sedgley Park who turned on the style in the run-in, to claim that spot and give them even more confidence that they can challenge for promotion next season. Caldy, Chester, Harrogate and Otley all occupied third at one point or another in the season, but all had to settle for a top half finish.

Final day of the season results

So we know it will be Ampthill and District v Bishops Stortford for a place in National One next season.

This is a local derby for the promotion prize and the A’s have stated that this Saturday will be their biggest game in their history.

The home side will be Ampthill who have had a tremendous season. They just missed out on the title by three points but won 27 out of their 30 matches and finished with a 100 per cent home record. A daunting prospect awaits Stortford.

Ampthill ended the campaign on a mammoth 131 points and have won their last 10 matches, with one defeat in their last 14 games.

In terms of Stortford, they finished the year with 20 wins from 30 matches, they clocked up 112 points and intriguingly they picked up the most bonus points between both National Two leagues (30).

They are unbeaten in their last 10 matches securing nine wins in that time. They lost six times away from home this season, but haven’t lost on the road since January.

In recent times, Ampthill have just about had the upper end in these encounters winning three of the last six matches, drawing one with Stortford claiming two victories. Last time the sides met Ampthill won 41-22 on home soil, with Stortford’s last win at Ampthill coming in April 2012.

So with Birmingham and Solihull, Hull & Stockport going down, it paved the way for three new sides to have a shot at level four rugby next season.

It was then down to a playoff between Sandal and Hinckley for the remaining promotion place and like last season, it was the North that came out on top against the Midlands as Sandal secured a 20-10 victory. Despite scoring more tries, Hinckley were just ill-disciplined receiving four yellow cards and a red and with players in the bin, it cost them dearly.