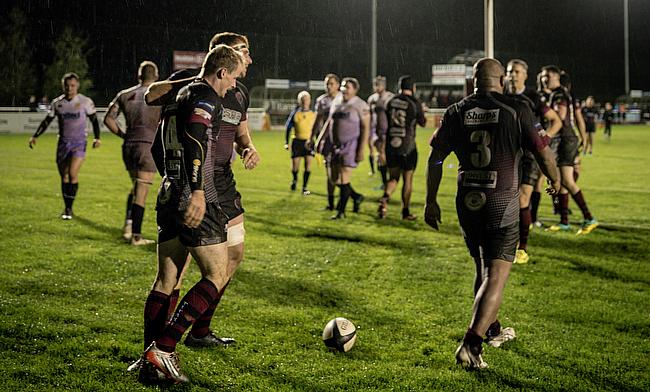 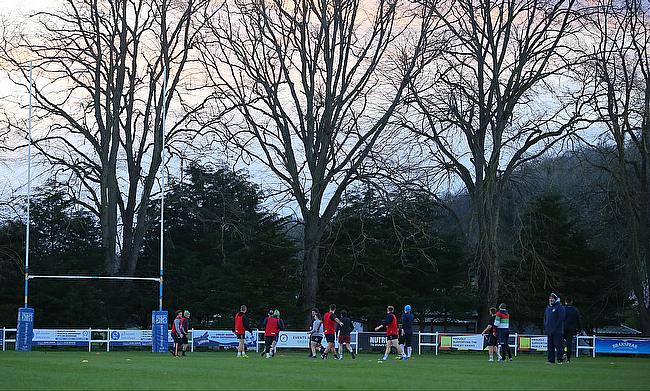 National League Rugby returned for the 2021/22 season on Saturday after an 18-month absence.

But before we look back on the action from across the three divisions, we were deeply saddened to learn of the passing of Henley Hawks player David Hyde.

The Henley second-row collapsed after their game with Old Albanian and passed away late on Saturday night in hospital.

Our thoughts go out to his wife Katherine, his family, friends and everyone associated with Henley Hawks.

Isaac Dalton scored a brace of tries as Taunton Titans began life in National One by beating Leeds Tykes 41-29 in Yorkshire.

Tykes’ Xavier Valentine opened the scoring with the first of four Leeds tries, and the hosts did actually lead this contest 29-26 at the break with Ben Dixon, Harry Robinson and Harry Jukes all going over.

Taunton were able to stay in touch through the boot of the impressive Jack Walsh as well as scores from Charlie Wright, Ratu Vakalutukali and Dalton, but the Titans blew the home side away in the second period.

Another for Dalton and a try from Aron Struminski ensured the victory for Tony Yapp’s side and a dream start to the National One season.

Bishop’s Stortford denied Tonbridge Juddians a maiden National One victory as Sam Winter’s try 13 minutes from time secured an 18-18 draw at The Slade.

Chris Smith’s try and five points from George Cullen from the tee gave Stortford a 10-5 lead at half-time, whilst Michael O’Sullivan had touched down for the division’s new boys.

Truman Sullivan’s score and a penalty from full-back Harvey Young gave TJs a three-point advantage, but Cullen replied to tie the game at 13-13.

Toby Freeman then crashed over to give the hosts the lead, but Stortford found a response again as Winter crossed the whitewash to earn the away side two points.

Birmingham Moseley snatched a last-minute 23-22 victory as they edged a thrilling Round One clash against Darlington Mowden Park.

Mason Tonks latched on to Matt Dight’s kick to complete a dramatic fightback at Billesley Common for Adam Balding’s men.

Darlington Mowden Park were 10-9 up at the interval thanks to Euan McKirdy’s try before the visitors extended their lead as Josh Crickmay and Talite Vaioleti both crossed.

Then began Moseley’s comeback as Aquile Smith’s score reduced the deficit to set up a pulsating finale.

But DMP couldn’t survive the waves of pressure from Moseley as Tonks gathered Dight’s kick to score the match-winning try.

Cinderford’s Nathan Taylor scored two first-half tries to help Paul Morris’ side clinch an 18-15 win away at Blackheath, with Harry Hone going over for the crucial effort on the 45th minute.

Elsewhere, Rams RFC battled past Cambridge in a 10-try thriller to secure a 34-28 win on the road and Chinnor’s dazzling first-half performance was enough to clinch a 34-21 triumph against Sale FC.

Bournville recovered from a chastening start to clinch a debut National Two North victory as they beat Huddersfield 24-19.

Two penalties from Will Milner and a converted Arthur Wilkinson try put Huddersfield 13 points up early on.

Bournville then sparked into life as Sam Shepherd crashed over for his side’s first try of the afternoon and despite Huddersfield increasing their lead from the tee, Ollie Dawkins expertly finished leaving the Midlands side just three points behind at half-time.

Dawkins scored a second well-worked try to give Bourns the lead, which was extended when Mitch McGahan nudged over a penalty.

As the game entered the final 10 minutes, both teams swapped penalties and Bournville were able to see out a tense finish to secure a perfect start to life in the National Leagues.

After a scoreless first 15 minutes, Steve Salvin’s side ran in two first-half tries in reply to Ben Leacock’s opener, with Matt Challinor and Jamie Cooke touching down.

Challinor claimed a second and the Titans hammered home their advantage with further scores from Zak Poole and Richard Lloyd Hayes.

After also suffering relegation from National One in 2019/20, Hull Ionians got their campaign underway with a 29-14 win over Chester.

A penalty try plus a score from centre Elliot Munnelly gave the visitors a 14-7 lead, with Tom Holloway going over for Chester.

Ben Smith kicked a penalty on 50 minutes to extend the I’s advantage before Ben Stephenson scored to give the travelling side more breathing space.

Chester hit back almost instantly through Iwan Phillips, but Will Edward’s effort two minutes from the end settled matters at Hare Lane.

But it is Sedgley Park who lead the way following Round One in National Two North after scoring nine tries in a 51-21 victory over newly-promoted Harrogate.

Fylde also racked up a bucketload of tries as they touched down on seven occasions to beat Tynedale on the opening day 48-24.

Meanwhile, Hull defeated Luctonians 27-8, Stourbridge came out on top (31-27) in another classic against Sheffield Tigers and Loughborough Students survived a fightback away at Blaydon to leave the North East as 27-23 victors.

Clifton marked the return of National League Rugby with a dazzling display as they waltzed to a 71-0 win against Barnstaple.

Bate and Bradley Talbot added tries at the start of the second half before further scores from Joe Owen, Finlay Sharp and Regan Herbert wrapped up a comfortable victory for Clifton and left newly-promoted Barnstaple licking their wounds.

Barnes had never won an opening game in National Two South up until this weekend as they ended that hoodoo with a 43-24 bonus-point victory away at Hinckley.

Centre Jordan Souter’s first-half try, matched by Hinckley’s Adam Johnson, kept things even but two tries in as many minutes from Josh Davies and Nick Lisin-White carved out a 23-10 interval lead for the away side.

Josh Hammett kept the scoreboard ticking over for Barnes from the tee, but Scott Hamilton’s try for Hinckley reignited the hosts.

However, two further scores for Barnes ultimately sealed the win whilst a late penalty try was merely a consolation for the Hornets.

Dings Crusaders snatched victory from the jaws of defeat following a dramatic 29-25 win against Westcliff.

The Bristol-based side led 17-13 at the break after tries from Jake Holcombe and Marcus Brooker, whilst Westcliff’s points came via a Jake Campey score and the boot of Jack Jones.

Greg Bannister’s try gave the home side the lead on 48 minutes, but Brooker’s second of the afternoon for Dings restored their advantage heading into the final quarter.

The late drama we have sorely missed in the National Leagues was on show at The Gables as Bannister thought he had clinched the win for Westcliff two minutes from time, only for Thomas Hargan to dot down for the Crusaders with the clock in the red.

Esher and Redruth both started the National Two South campaign with victories. The Reds clinched a 27-5 bonus-point win over Leicester Lions whilst Esher ran in six tries to dispatch newly promoted Rochford Hundred 38-14 at Molesey Road.

However, the same couldn’t be said for Canterbury. The City Men were relegated from National One in 2019/20 but couldn’t begin their return to the fourth tier with a win as they lost 30-22 against Bury St Edmunds.

Fin Creighton, Mike Stanway and Matthew Bursey were all on target for Jacob Ford’s Wolfpack, with Charlie Reed having an immaculate day with the boot.