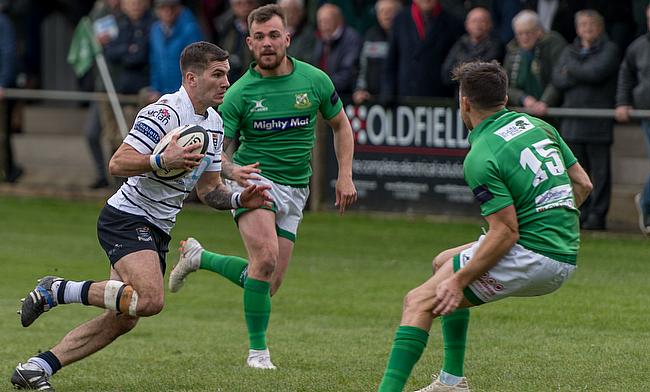 This is a good time to be following the National Leagues.

Of course we are going to say that, but we actually have the evidence to back it up. All three divisions have stories bubbling away as we approach the final third of a gripping campaign and Round 19 is full of sub-plots which will change the dynamic at both ends of the respective tables.

In National One, the race for promotion is once again in the spotlight as second-placed Rams take on table toppers Richmond this weekend.

Only points difference separates the leading duo as things stand so there is likely to be some breathing space at the top of the division for one of those sides come Saturday evening.

In National Two South, Tonbridge Juddians could put some clear daylight between themselves and fellow promotion candidate Taunton if they can get the of the Titans, who will be keen to rekindle their title hopes after last weekend’s loss to rivals Henley Hawks.

Meanwhile, the attention in National Two North focuses on the survival fight as Preston Grasshoppers enter a potentially critical fixture with Wharfedale at Lightfoot Green.

Below is a more detailed preview of the action in Round 19:

To say Richmond’s visit to Rams RFC in National One will be a lively battle this weekend might be doing this mouth-watering fixture an injustice. Two of the promotion chasers collide in Berkshire and this clash could go a long way to shaping the destination of the title this term.

The leading duo are spilt only by points difference, with Richmond moving to the summit of the division in Round 18 following a thumping 86-7 win over Hull Ionians at the Athletic Ground. Triumphs over Chinnor and Blackheath, either side of Christmas, have been massive plus points for Steve Hill’s men and victory against Rams would see them clear another huge hurdle in their pursuit of an instant return to National One.

In the blue corner are Rams who are having a memorable campaign at this level. After achieving promotion to National One for the first time in the club’s history, Seb Reynolds’ side have not been overwhelmed by their debut campaign at this level and as we edge closer to the final 10 games of the season, the Berkshire club find themselves in the thick of a race to the Championship. Victory over Chinnor last Friday added to their amazing title bid but if they were to gain a win against Richmond this weekend, the Old Bath Road faithful could really start to dream.

The league has even grabbed the attention of former England internationals Jeremy Guscott & Will Carling...?? — National One’s competitiveness at the top is back and as Richmond & Rams prepare to clash, it could prove to be a decisive weekend in the title race... — Have a read of our piece with Richmond DoR Steve Hill and Rams RFC winger Jak Rossiter by following the link in our bio ?????? — #Rugby #Nat1 #Richmond #RamsRFC — Photo credit: @dante.k.photo

Third-placed Rosslyn Park will be watching with interest after being knocked off top spot last Saturday. With rivals Richmond and Rams both securing victories, Kieran Power’s side lost some ground in the title race after losing to Blackheath for the second time this term.

Park are now three points behind the leading pair so they will be looking for an immediate reaction when they host Sale FC. The Manchester-based club arrive in the capital still aiming to transfer their impressive home form onto the road. Seven of Sale’s nine wins have come on their own patch and unsurprisingly, they find themselves midtable but that won’t disappoint Jonathan Keep’s side too much after finishing six points clear of the relegation places last season. Could Sale make a further dent in Park’s title bid this weekend?

The attention may well be on the top of the league, but there is also a critical fixture taking place at the wrong end of the table. Birmingham Moseley’s 35-15 victory over Cinderford last weekend was the welcome boost Adam Balding’s side were craving as the Midlands club now sit 11 points clear of the relegation zone.

After a step in the right direction, they could take a giant leap away from danger on Saturday when they travel to Rotherham Titans. Mark Jenkinson and Steve Salvin’s men are 11 points behind Moseley heading into Round 19’s fixture, but the Yorkshire club were able to take confidence from their defeat to Cambridge last time out. A 25-21 loss saw the Titans clinch a bonus-point at Volac Park so if they are able to turn those positives into a victory on Saturday, it would be vital for their survival hopes. A defeat, however, could represent a nail in their National One coffin.

Blackheath’s fixture with Hull Ionians has been postponed as a mark of respect as the funeral of I’s 1st XV player Billy Harding takes place on Friday.

With Fylde and Sedgley Park both slipping to defeats last weekend, Caldy took full advantage as Gareth Davies’ side continued their march towards National One. The Wirral outfit, who quite rightly received a mention in the BBC’s regional sports bulletin on Monday, clocked up their 17th successive win of the campaign after thrashing Loughborough Students in Round 18.

Their unbeaten record has allowed Caldy to open up a 13-point gap at the summit of the division and with a game in hand against Sedge still to come, the men from Paton Field are firmly in the driving seat. This Saturday, they travel to Luctonians who will be out to halt the table toppers as they look to strengthen their survival bid once again. Ryan Watkins’ side secured a superb 29-25 win over Chester last Saturday and it leaves the Lucs four points clear of the drop. They may not be favourites to claim another victory at Mortimer Park, but a positive result would only add to their recent momentum following three wins from their last five games.

Luctonians’ impressive run of results over the last month has kept their proverbial heads above water for now, but they will be under pressure once again this weekend with their relegation rivals facing one another. First up, Wharfedale travel to Preston Grasshoppers and the visitors to Lightfoot Green can take a major step away from trouble with a win in Lancashire.

Tom Davidson and @RugbyHoppers are treating every remaining fixture like a 'cup final' and their fight to avoid the drop continues with a critical clash against Wharfedale. #Nat2n

The Greens defeated bottom of the table Scunthorpe last time out to remain four points clear of the drop zone whilst their hosts know this Saturday’s fixture is ‘like a cup final’. Hoppers were narrowly beaten by Sheffield Tigers in Round 18 and with Dale as well as Luctonians and Huddersfield securing wins, it means Paul Arnold’s side are now 12 points from safety. Nine points from their last five matches has been a positive return for Preston, but anything less than a win this weekend would be a serious blow to their survival bid.

The aforementioned Huddersfield also have a chance to edge out of the bottom three in Round 19 when they face Scunthorpe. Gareth Lewis’ side have sparked their season back into life over the last two weeks as a positive display against promotion-chasing Sedgley Park was followed by a superb win over second-placed Fylde last time out.

Field are just four points adrift of safety and will be firm favourites to clinch back-to-back wins for the first time since October when they visit Scunthorpe. Tim Robinson’s men have lost all 17 of their fixtures this term and the Greens are 33 points from safety with a game in hand. Time in National Two North is running out for the Lincolnshire club, but can they get off the mark this weekend.

Elsewhere across National Two North, Fylde will look to get their season back on track when they host Tynedale and rivals Sedgley Park entertain Stourbridge whilst Loughborough Students take on Sheffield Tigers, Hinckley travel to Otley and Chester vist Hull.

With Tonbridge Juddians beginning the New Year with back-to-back wins, a hat-trick of victories at the start of 2020 could leave National Two South’s league leaders in a very strong position. Peter Dankert’s side have had to work extremely hard to see off Old Redcliffians and Bournemouth this month, but their third fixture of January may well be decisive come the end of the campaign.

TJs currently sit one point clear at the summit, but they could land a significant blow to Taunton Titans’ promotion ambitions this weekend if they were to triumph on their visit to Somerset. The hosts were defeated 33-27 by fellow top two candidates Henley Hawks last time out and it leaves Tony Yapp’s side seven points off the pace. Defeat here, coupled together with a Hawks win in Round 19, may well end their hopes for another year but if Taunton can claim a victory, the title race would be wide open once again.

Second-placed Henley will, of course, have a vested interest in events at the Towergate Stadium on Saturday afternoon as Nigel Dudding’s side look to continue their momentum. To overcome Taunton last time out was a major tick in the box in terms of the Hawks’ promotion aims as they created some clear daylight between themselves and the chasing pack.

Now that's why we?? rugby! We've just about recovered from the excitement of Saturday's epic match against @tauntonrfc!

Victory over Worthing in Round 19 would keep their ambitions burning bright and the visit of Henley continues a tough start to the year for the Raiders. Fixtures against Taunton and Redruth have ended in defeat but on their return to Roundstone Lane, they will be hoping for better fortunes. Worthing have actually won their last four on their own patch so will they experience more home comforts on the weekend?

From the title race to the battle for survival and last Saturday, Westcliff enhanced their hopes of staying in National Two South. An excellent victory over Sutton & Epsom in Round 18 has left Peter Mahony and Jacob Ford’s side six points clear of the drop and that gap could be extended with another win on the weekend.

The nearest challengers to Westcliff are Old Redcliffians, who may well have been targeting this fixture to reignite their chances of remaining in the division. Tough losses against Tonbridge Juddians and Old Albanian to begin the year have left Alex Davies’ side embroiled in relegation fight, but if they can end a run of nine games without a win at Scotland Road, it could spark their campaign back into life.