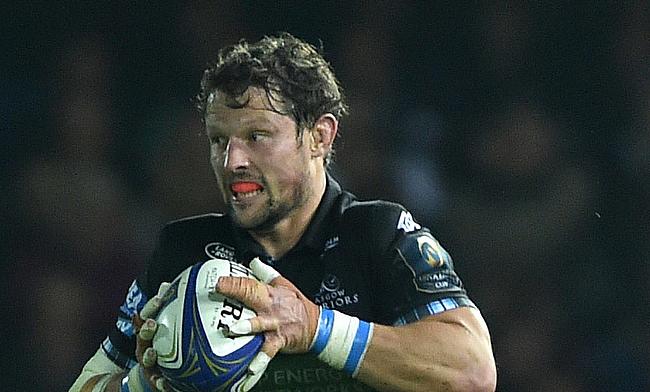 Montpellier came up with a better second half performance as they kept their hopes of making to the quarter-final alive with a 36-26 win over Glasgow Warriors in their European Champions Cup encounter at Altrad Stadium on Saturday.

This is Glasgow's fourth defeat in as many games in this season as they languish at the bottom of Pool 3 while Montpellier progress to the second position.

A knock-on from kick-off gave Dave Rennie's side an early opportunity to run at the Montpellier defence. Fraser Brown crossed over in the first minute to get Glasgow off the mark and Pete Horne slotted the extras to make it 0-7.

However, Montpellier's response came four minutes later when Nemani Nadolo scored his fifth try in four games that helped the home side level the scores.

The momentum once again swung towards the visitors when Horne contributed with the converted try in the 12th minute but his efforts were negated by a touchdown from Romain Ruffenach as the scores were levelled 14-14 by the end of the 16th minute.

The eventful first quarter continued as Nick Grigg went past the line for Glasgow that gave them a slender five point lead heading into the half time.

The home side upped the ante at the start of the second half with tries each from Henry Immelman and Benoit Paillaugue that saw Montpellier's lead to 26-19.

Replacement Immelman scored his second try to provide more than a breathing space for Montpellier but Glasgow responded back with George Horne's try in the 69th minute as the gap came down to seven points again as the final 10 minutes kicked-off. George Horne raced over after neat interplay to earn a try-scoring bonus, but Steyn notched a late penalty to deny the Warriors a point for losing by seven points or fewer.