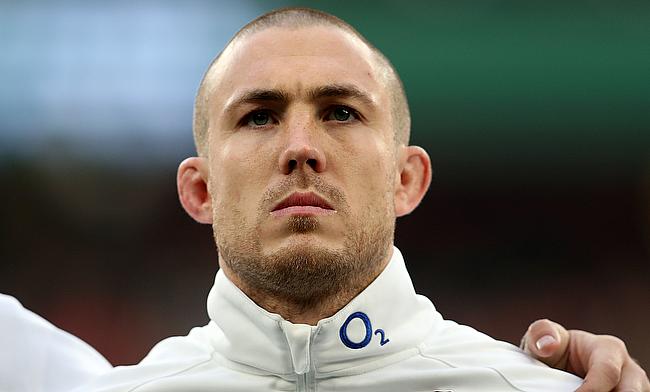 England international Mike Brown will make a switch from Harlequins to Gallagher Premiership rivals Newcastle Falcons at the end of the 2020/21 season.

A product of Harlequins Academy, Brown made his senior debut for the club ahead of the 2005/06 season and has gone on to play 348 times for the club. He was also part of the Harlequins squad that clinched the European Challenge Cup in the 2010/11 season and the Premiership winning side in the 2011/12 season.

“I want to take this opportunity to thank the people that have made my time during Quins a special part of my life," he told.

"Firstly, to the fans that have supported me so fiercely. I, and the team, have missed you hugely over the last few months and I hope I get the opportunity to play in front of you at The Stoop once again.

“I also want to thank the special people who gave me my chance as a young player. Hopefully, I’ve repaid that faith during my time in the Quarters to date and for the rest of this season.

“I’ve been fortunate enough to play alongside some great players, in some great teams, but more importantly I have met many great people during my time with Harlequins."

The 35-year-old also said he was impressed by the resurgence shown by the Falcons and is excited to be part of their squad.

“I’ve spoken to people I know well about what Newcastle’s set-up is like – guys like Luther Burrell and Nick Easter to name just a couple,” said Brown.

“They just talked about how it’s a really tight-knit group of lads, and that the whole thing is centred around hard work, honesty and respect. I think that’s all you can ask for as a player, and I’m really excited by the prospect of going up there and fitting into that culture.”

Brown has played 72 Tests for England since his international debut in 2007 with his last appearance for the red rose team coming in June 2018. He was also part of England's World Cup campaign in 2015.

Newcastle Falcons director of rugby Dean Richards is confident that Brown's experience will benefit the club.

“Mike is a top-quality player who is right up there as the form full-back in England at the moment, and it’s a brilliant signing for us.

“He keeps himself in incredible shape, his levels of professionalism are extremely high and everybody knows about his ability.

“He’s got everything you want from a full-back – great under the high ball, big boot, fabulous counter-attacker and knows his way to the try-line.

“He can look after himself, which I like, and having worked with him previously I just know he’ll be a great fit who will add to the team while helping bring through our talented youngsters.”