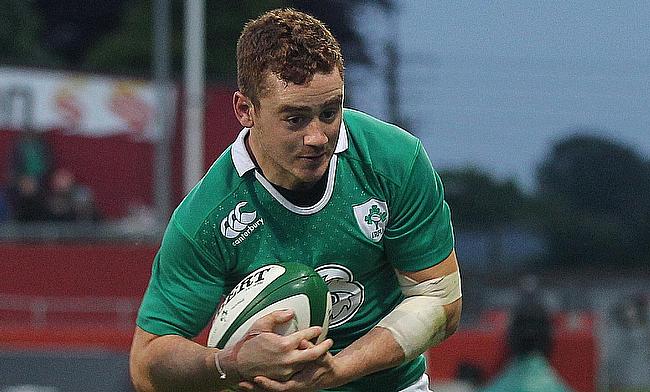 London Irish managed to overcome a red card to William Goodrick-Clarke as they edged out Cardiff Blues at Community Stadium to reach the quarter-finals of the European Challenge Cup.

Jarrod Evans missed an early chance to get the Blues off the mark as his penalty kick hit the post in the 7th minute and Paddy Jackson also missed his kick in the 12th minute as the scores remained at 0-0.

The deadlock eventually broke in the 15th when Jackson kicked a three-pointer after Cardiff were peanlised for an offside. The opening try came in the 16th minute when Kristian Dacey powered past Agustin Creevy for the opening try and four minutes later Josh Adams went over after grabbing a stunning pass from Seb Davies.

Evans, who kicked two conversions also slotted a penalty goal in the 29th minute to take the scoreline to 3-17.

The Exiles fought back in the 31st minute as Jackson with a reverse pass sent Ben Loader over and the fly-half also slotted the extras to make it 10-17. Another infringement from the Blues at the stroke of half-time saw Jackson kicking his second three-pointer that reduced the arrears to four points.

The start of the second half saw London Irish reduced to 14-men with William Goodrick-Clarke red-carded for a dangerous tackle and Evans kicked a penalty goal to increase the visitors' lead to seven points.

The home side continued to press on through try from Ollie Hassell-Collins as the scores were levelled but soon they were down to 13 players with Loader sin-binned as he was involved in a high tackle.

With the numerical advantage on their side, Cardiff Blues made a strong comeback through tries from Jason Harries (57') and Teddy Williams (64') that stretched their lead 20-32 heading into the final 10 minutes. Nevertheless, London Irish were relentless and Terrence Hepetema went past a couple of Cardiff defenders to touchdown in the 71st minute and three minutes later Hassell-Collins completed his second to make it 34-32.

A drop goal from Evans in the 77th minute once again put the Welsh side into lead, before Curtis Rona scored the decisive try following a break from Hassell-Collins and Jackson kicked the conversion to complete a 41-35 win.