Manu Tuilagi: ‘Maybe a year ago, I might have had to hang the boots up’ 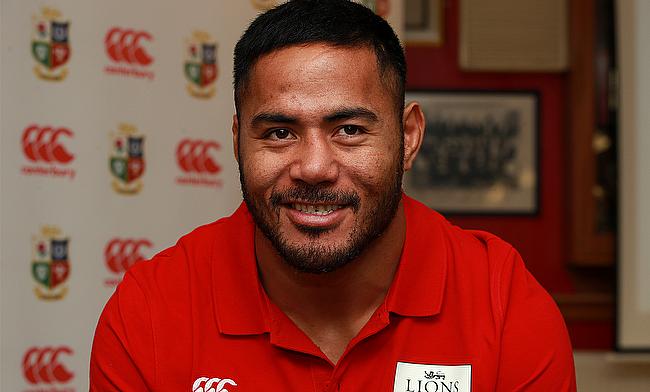 With four journalists perched around him, Manu Tuilagi looked both at home and completely out of place at Birmingham Moseley Rugby Club.

Having played in a World Cup final just over two weeks before, the Leicester man had certainly attracted a crowd at Billesley Common on a chilly Wednesday night in the West Midlands.

At the National One club as part of Canterbury’s marketing campaign announcing their sponsorship of the British and Irish Lions playing kit in 2021, Tuilagi was honest in his assessment of England’s World Cup final loss to South Africa at the start of this month and his desire to simply take each game as it comes for both Leicester and England.

“The whole team, we enjoyed it,” Tuilagi said. “We talked about the togetherness that carried us through the whole tournament and I thought it was the most important thing that we built that togetherness. We were disappointed to lose the final, but sometimes you win, sometimes you lose. That’s sport.

“It’ll be one of the games that sticks with you for the rest of your life (the World Cup final), but there is no point thinking about it too much because it is done. There is nothing anyone can say or that anyone can do to bring it back. You learn and move on. I’m back at Tigers, which is exciting. An exciting season for us. Back there, trying.”

That @EnglandRugby fast start and it's Manu Tuilagi who drives over

Many had expected Tuilagi and his England teammates to be lifting the Webb Ellis on November 2nd. This expectation was largely fuelled by how convincing England’s win over the All Blacks had been in the semi-final and Tuilagi, himself, scored the opening try on the way to a more than convincing 19-7 win in Japan.

“Obviously, we had a great win against New Zealand, but after the game we didn’t really celebrate because we knew we weren’t finished,” he said. “We had the same preparation, if not better, going into the final. Preparation will help you mostly, but it is all about the day of the game. South Africa were the better team.”

The centre made his first appearance for his club side in the Challenge Cup last weekend as Leicester Tigers defeated Pau 41-20 at Welford Road, but Tuilagi didn’t feature for the Midlands outfit in their 14-11 win over Cardiff Blues on Saturday.

Back in mix for Tigers relatively soon after the World Cup loss, Tuilagi says that he is enjoying his time back on club duty.

“The first week we were back, I didn’t know what to do,” Tuilagi said. “I went into the club a few times because I wanted to get straight back into it. It’s nice to have something else to get your teeth stuck into, so for us (Leicester players selected for England for the RWC) to get back into Tigers that Monday, we were buzzing to play again and we’re enjoying being back for the rest of the season.”

Playing 13 tests for England this year, it has been a welcome sight to see Tuilagi get a good run of games in an England shirt. Maligned by injury for much of the last four years, there were thoughts that the Samoan-born England international may have been done with rugby entirely, these fears even being thought by the player himself.

“I’m really enjoying my rugby in general because I know now that maybe a year ago, I might have had to hang the boots up.” Tuilagi said. “Now I know that you’ve got to enjoy every moment because you never know when it’s your last game.”

Despite being a clear star, Tuilagi has never had things his own way. Just a year into his career, Tuilagi was nearly deported for overstaying his holiday visa by six years. After an appeal, he was allowed to remain in the country, making his England debut just a year later and playing for the Lions in 2013.

With consistent support from his family, Tuilagi is back on top. With five brothers, all of whom have played professional rugby, the centre says that the support has helped him through dark times and implemented a work ethic to help him perform at a high level. 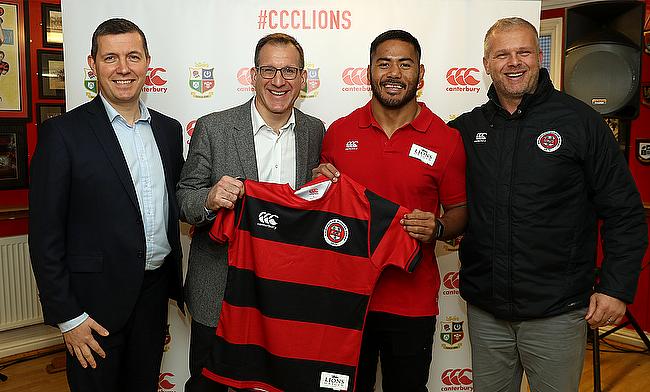 “I know that if I give everything that I can, with all the people that have supported me, I can take care of them as well,” Tuilagi said. “It’s all about hard work in anything, doesn’t matter if it’s in sport, in an office, hard work is the most important thing. It’s the only way you can be the best.”

With two years until the next Lions tour and wearing a Lions polo shirt during this interview, Tuilagi maintained that he isn’t looking too far into the future, simply taking one game as it comes.

“For me, you’ve got to focus on what’s on now. You don’t want to focus too far ahead and you’ve got a lot of games in between. For me, I know if I keep working hard, keep playing well for my club, that will take care of itself.”