Lucts and Otley set for battle 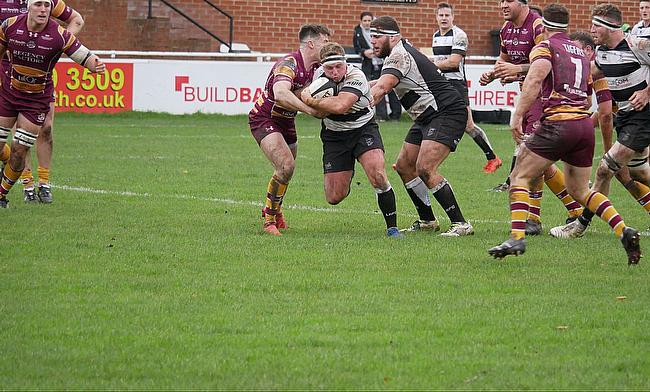 Luctonians have not won since the end of September
©Glenn Hutton

After a few postponements concerning games at the wrong end of the table, there is another clash right around the corner between two sides battling for survival as Luctonians face Otley in National Two North.

The Lucts are currently one place and one point above Otley despite their fixture with fellow strugglers Macclesfield being called off last Saturday while the Yorkshire side failed to move out of the relegation places meaning this fixture could prove to be significant as the season progresses.

Three of the other sides down at the bottom of the division all take on teams challenging for promotion in Round 15. Wharfedale will be hoping to build on a positive performance against Hinckley when they host Tynedale, while an improving Sheffield are at home to Sedgley Park and Macclesfield travel to Stourbridge.

Elsewhere this weekend, league leaders Hinckley will be hoping to stay on top of tree when they go to Chester while South Leicester take the trip to Blaydon and Leicester Lions entertain Sheffield Tigers.

National Two North leaders Hinckley take the trip to Chester in Round 15 hoping for a much more comfortable afternoon than the one they experienced last Saturday. George Chuter’s men battled to a late victory over a stubborn Wharfedale side to move two points clear at the summit. It was a performance which potential promotion candidates do produce during the course of the season, but there is no doubting that Hinckley will want to see a better display in Cheshire this weekend.

Last season, Chester beat Hinckley twice and the hosts this Saturday will be aiming to make it three victories in a row. In fact, a win would be most welcome for the men from Hare Lane as they enter the penultimate game of 2017 having won just one of their last five matches. However, at home, Chester have certainly been strong this term with their only defeats coming against Sale FC and Sedgley Park so they are more than capable of ending Hinckley’s eight game winning streak.

Sale FC capitalised on the postponement of Tynedale against Stourbridge in Round 14 as they made it seven wins on the spin to move up to second in the table. They eased to victory against Blaydon to take up a position in the promotion places and after going about their business nicely, Jonathan Keep’s side are right back in the thick of the action. Last season, Sale agonisingly missed out on promotion to National One but based on their current form, they have all the tools to take that next step this time around.

However, there is still a long way to go in the campaign and their trip to Huddersfield this weekend will certainly be a tricky test. Gareth Lewis’ side are in fine fettle as things stand and they welcome Sale to Lockwood Park having won their last five matches. Field once again left it late to steal the victory last weekend against Sheffield Tigers, but it was another example of how well the Yorkshire outfit have performed since promotion in May. Huddersfield now face a tough assignment this Saturday, but they have lost just one of their last 18 matches on home soil and with them oozing confidence, they may fancy their chances of extending their winning run.

There seemed to be an element of frustration from Tynedale last weekend after their fixture with Stourbridge was postponed due to the weather. The northeast side knew they could have strengthened their claims for a top two spot by beating one of their rivals, but instead, they were made to watch on as Hinckley and Sale FC continued their excellent form. Tyne now sit third in the table and five points off the league leaders, but they must refocus when they travel to Wharfedale.

Scott Lawson’s side have won their last four games, but they will be well aware of the scare Wharfedale gave Hinckley in Round 14. The division’s bottom club produced arguably their best display of the season and so nearly clinched victory against the Midlands outfit. James Doherty’s men maybe six points from safety, but their last two performances have shown that they are more than capable of escaping the trapdoor. Dale are back at the Avenue this weekend as they go in search of back to back home victories.

Sedgley Park will probably be itching to return to action this Saturday as their game with Leicester Lions last Saturday fell foul to the weather. Matt Bebbington’s side begun December with a defeat against Huddersfield which ended a run of six wins from seven matches, but the men from Park Lane are only seven points off the top two and they also have a game in hand.

Once again, it is another strong showing from Sedge this season and they will be aiming to get themselves back on the right path when they travel to Sheffield this weekend. In truth, this may have been a straightforward fixture for the visitors a couple of weeks ago, but the hosts are sparking a mini revival as we hit the halfway point of the campaign. Sheffield, who were promoted into this division in April, have won their last two fixtures which now leaves them just two points adrift of safety and they also have a game in hand. Those aforementioned victories for Adam Byron’s men came against Otley and Leicester Lions, but this will be a tough challenge for Sheffield and one they may well relish.

The last few weeks for Stourbridge have been difficult in National Two North and the cancellation of their fixture with Tynedale last Saturday probably added to their frustration. Neil Mitchell’s side have not enjoyed the winter months so far and they will be hoping for some Christmas cheer when they host Macclesfield in Round 15. Stour began this campaign with nine straight victories which guided them to the summit of this division, but they have stumbled to no wins in their last four matches which has dented their possible promotion ambitions.

Stour sit fifth in the table and eight points behind the top two with a game in hand, but their current plight doesn’t seem as bad when you compare it to Macclesfield’s troubles. The Cheshire side, who were relegated from National One in April, have really struggled to adapt to life back at this level. Injuries have played their part, but the Blues find themselves 12th in the table and just a point clear of the drop following a run of one win from their last nine matches. Like Stour, it has been a tough recent period for Macc, but with Marshall Gadd now at the helm for an interim period, can the National Two North 2015/16 champions steer themselves away from danger?

South Leicester picked up their first victory in just under a month last weekend as they edged out Chester at Welford Road to secure their eighth win of the campaign. Once again, it is another season of progression for the Midlands side who continue to improve since promotion in 2015, but they will be keen to string a sequence of positive results together to maintain their spot in the top half of the division.

South are currently seventh as things stand and head to Blaydon this weekend aiming for back to back wins for the first time since the beginning of November. The hosts failed to build on their victory against Sheffield Tigers as they were well beaten by Sale FC in Round 15 meaning Matt Thompson’s men are 11th in the league standings and six points clear of the relegation zone. Like Macclesfield, it has been a tough campaign for Blaydon since they were demoted from the third tier, but back to back home wins at Crow Trees would certainly lift spirts in the northeast heading into the Christmas break.

Following five straight victories, Sheffield Tigers were certainly one of the form teams heading into the final month of the calendar year, but the Yorkshire side have slightly lost their roar as they prepare to travel to Leicester Lions in Round 15. The Tigers have been defeated in their last three matches, but they do remain in the top half of the division which is still a brilliant achievement for the men from Dore Moor considering they pulled off a remarkable escape from relegation last term.

Huge thanks to all @SheffTigersRUFC who worked to get this game on in hilarious conditions. Massively frustrating result. As a team we will continue to play our way, the rewards will come again. #JoueJoue #Goodtowatch
???? pic.twitter.com/RpCEVWuVvX

Jamie Broadley’s side will be pleased with their progress in the first half of this season, but they will be eager to return to winning ways this weekend. Their hosts will also be aiming to do the same. Leicester Lions will be fresh after their match with Sedgley Park was called off last week and Jack Heald’s men will want to put a halt to a mini blip following successive defeats against Huddersfield and Sheffield. Who will come out on top between the Lions and Tigers this weekend?

The crucial games at the wrong end of the table are coming thick and fast during this festive period and this weekend sees 13th place host 14th place as Luctonians welcome Otley to Mortimer Park. The Lucts were not in action last Saturday due to a frozen pitch at Macclesfield, but they have another opportunity to gain a result against one of the sides around them in the table as they aim to build on some positive recent performances against Tynedale and South Leicester and end a run of eight straight losses.

Ryan Watkins’ men are just a point clear of Otley, who did not take their chance to move out of the bottom three last Saturday. A defeat against relegation rivals Sheffield saw Otley fail to build on a vital win over Macclesfield, but they can climb away from the relegation zone by securing their fourth win of the campaign in what could prove to be a pivotal fixture in the season.