London Irish shock Northampton for first win of the season 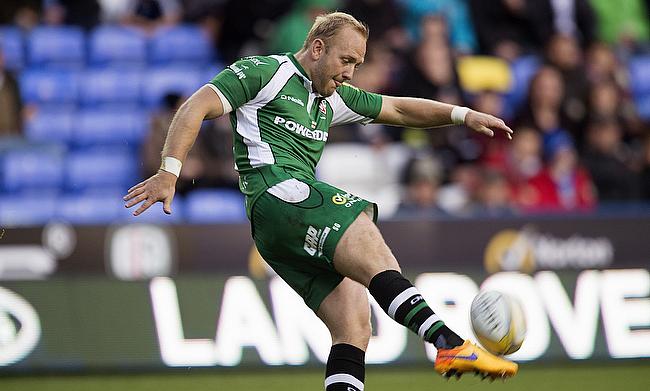 London Irish produced one of the shocks of the season to defeat Northampton 25-23 in the Aviva Premiership match at the Madejski Stadium.

It took a penalty try for a scrum offence converted by Shane Geraghty three minutes from time to give Irish their first win and their first points of the season.

At one stage, Saints trailed 15-3 but tries from Ken Pisi, George North and Kahn Fotuali'i with two penalties and a conversion from Stephen Myler saw them rally to lead 23-18.

The other Irish tries came from Luke Narraway and Sean Maitland, with Chris Noakes added a conversion and kicked two penalties.

An excellent kick from Fotuali'i secured Saints an early position in the home 22, from which Myler surprisingly missed an easy penalty after Irish were penalised at a scrum.

Irish relieved the pressure and then stunned the visitors by taking a ninth minute lead. They declined a kickable penalty in favour of a more attacking option and were rewarded when Narraway crashed over from a driving line-out.

After 26 minutes, Northampton finally got on the scoreboard when Myler kicked a penalty after a strong run from George Pisi had put the home defence on the back foot, forcing them to concede a penalty.

Within minutes this was nullified when Noakes responded with one for the Irish but Brendan McKibbin could not put them further ahead when he made a hash of a long range attempt.

However it mattered little for they soon scored a splendid try. Johnny Williams brushed aside some poor tackling and when the ball was moved wide, Maitland strolled over for the try, which Noakes converted with an excellent touchline kick.

Northampton rose from their slumbers to score only their second try in their last five matches. Luther Burrell burst for the line before being held up but the Irish defence could not recover and Ken Pisi was sent over in the corner. Myler failed to convert so Saints trailed 15-8 at the interval.

The visitors began the second half strongly to further reduce the arrears. A clever chip ahead from Fotuali'i allowed North to collect and score - but again Myler was off target with the conversion.

When the visitors conceded a scrum penalty, Noakes fired over his second penalty but the outside half carelessly knocked on to allow Saints back into the home 22 and Myler kicked his second goal so the visitors were still behind 18-16 at the end of the third quarter.

Hartley, Burrell and North all left the field as Saints needed fresh impetus and with 17 minutes remaining, they took the lead for the first time. A misdirected line-out throw saw Saints race away for Fotuali'i to score the crucial try - which Myler converted.

Irish suffered a further blow when wing Asaeli Tikoirotuma was yellow-carded for a dangerous challenge on Ben Foden but this was offset when Jamie Gibson was also sin-binned as Irish put their opponents under huge pressure - and were rewarded with the match-winning penalty try award.