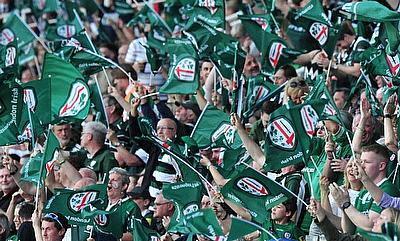 London Irish club stated that they will only become better after they were confirmed with the relegation from the top tier in the ongoing season of the Aviva Premiership.

The Exiles, who made to the Premiership this season managed only three wins from 21 games as they managed only 22 points and are 14 behind 11th positioned Worcester Warriors. With just one more round to go in the league, London Irish now will head to RFU Championship next season with Bristol replacing them in the top tier.

In a statement released by the club, it expressed disappointment for their performance and believes the experience will turn them into a better team.

"Everyone at Hazelwood – players, management and off-field staff alike are extremely disappointed that the 2017/18 campaign has ended in the way that it has, and we apologise to our supporters that we will again find ourselves in the Championship next season.

"While this season has been very challenging, our supporters have been a shining light and have continued to underline why they are the best supporters in the country with their unwavering support both at home and on the road. We thank them for their tremendous support during trying times.

"It is fair to say that we have learned some valuable lessons over recent years and we will be doing everything to ensure immediate progress and sustainability for the future. With Declan Kidney and Les Kiss in charge, we have international coaches that can take us to the next level and beyond.

"Our squad next season will be a group that cannot just win the Championship but be the core of a successful team in the future too."

London Irish will head to Recreation Ground to take on Bath Rugby in their final Aviva Premiership game this season on 5th May.