Liam, Daly and Hogg should be part of Lions tour of New Zealand - Shane Williams 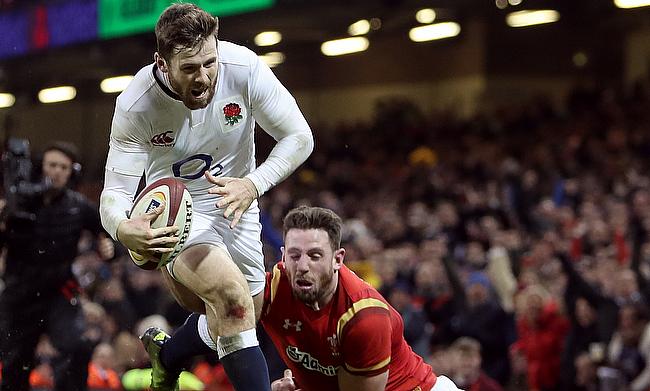 Elliot Daly, pictured, should play for the British and Irish Lions this summer, Shane Williams has said
©PA

Former Wales international has come in support of Elliot Daly, Stuart Hogg and Liam Williams to form the back three for British and Irish Lions during their upcoming tour of New Zealand.

Williams, who had made 91 Test appearances between 2000 and 2011 was highly impressed with Daly's progress for England and backed Hogg and Liam to form the back-three with him.

"There is a lot of time between now and the Lions tour, but you have to go by form and at the current time Daly is playing exceptionally well for England," said Williams.

"Daly is playing with form, confidence and in a very good England side. If I had to pick a back three it would be Stuart Hogg at 15, Liam Williams and Daly on current form.

"We are very blessed in that position, and with time things may change, but at the moment it would be Daly and Liam Williams for me."

During the game against England, interim head coach Rob Howley replaced Ross Moriarty with Bath's Taulupe Faletau in the 52nd minute and Williams said the move surprised him considering the energy showed by the number eight.

"As a spectator it looked like he was fine," Williams added. "There were no injuries and as the game went on he looked stronger. It was a strange decision.

"It would be very harsh, and Ross can feel hard done by, if he does not get selected in the next game because of his performance against England.

"He was superb, brought aggression to the game and made it difficult for the big runners to get over the gain line.

"He had his best game in a Welsh shirt against great opposition. He is still a young man, and has a lot to learn but he will only get better. If he keeps playing like he did on Saturday then it is going to be very difficult for him not to get selected and rightly so."