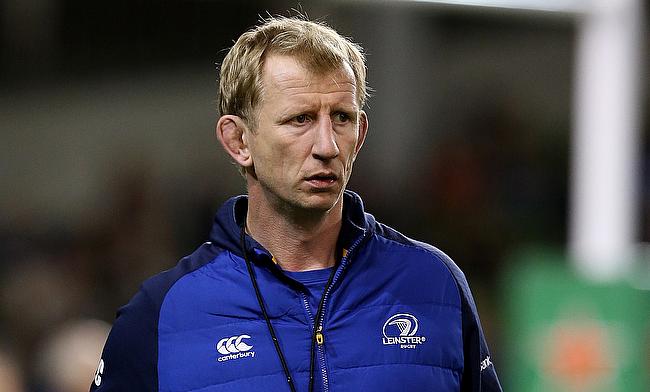 Leinster forward Scott Fardy has confirmed that he will retire from professional rugby at the end of the ongoing season.

Fardy made his professional rugby debut with provincial side Perth Spirit in 2007 and went on to make his Super Rugby debut for Western Force a year later. After being part of Japanese side Kamaishi Seawaves between 2009 and 2012, he returned back to Super Rugby joining Brumbies in 2012.

His association with Leinster started ahead of the 2017/18 season and has gone to make 76 appearances for the club and enjoyed a Heineken Champions Cup and four Guinness PRO14 titles.

The 36-year-old also represented Ireland in 39 Tests since his international debut in 2013 with his last appearance coming during the November series in 2016.

“I’ve loved every minute of this adventure, not only the last few years with Leinster but all of it and of course there is still a lot of rugby to be played this season," he told the club's official website.

"We are still on a high after the weekend and we’ve a massive few weeks ahead and that is our focus right now.

“We’ve a week off at the moment and then we’ll begin our build up with a game against Munster Rugby and then the massive challenge of facing La Rochelle away in France.

“There will be time to sit back, reflect and to thank the clubs and the people that have played a part in my playing career when the season is done and maybe even in person."

Leinster head coach Leo Cullen lavished praise on Fardy and his contribution to the club.

“Scott leaves a formidable legacy behind him at the club. He has been a key figure in the team’s recent success and has been an invaluable member of the leadership group during his time here.

“Fards is a great competitor on the field but he also brings great enjoyment and fun to the entire squad throughout our lengthy season when the team is constantly changing, particularly with international players away and younger players stepping up in their absence.

“I’m sure lots of Leinster supporters will remember his performance in Bilbao when he was still straining every last fibre deep into injury time to try to block down the late Remi Tales drop-goal attempt.

"But there have been so many other moments where he has shown a real physical edge and winning mentality across a brilliant four years. "

Leinster will be facing La Rochelle in the semi-final of the Heineken Champions Cup to be played on 2nd May.