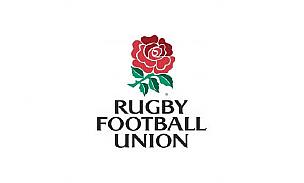 Reports from the review of England's disappointing Rugby World Cup campaign in New Zealand have been leaked.

The three documents - compiled by the RFU's director of elite rugby Rob Andrew, the players' union and professional clubs - were not intended to be published.

England crashed out of the World Cup at the quarter-final stage after losing 19-12 to France and their time in New Zealand was blighted by poor discipline and poor decisions on and off the pitch.

According to The Times, the three reports are said to paint a picture of a squad in meltdown, "riven by infighting, dissent and a breakdown of trust".

It is also claimed some players were more interested in making money than representing England and there was a threat to boycott a pre-World Cup dinner unless guarantees about commercial activities could be secured.

The players' report, compiled by the Rugby Players' Association, was based on anonymous interviews with more than 90 per cent of the players, and highlighted a divide between the senior members and the rest of the squad.

The entire coaching set-up came under fire in the players' report, except for scrum coach Graham Rowntree, who was praised.

"They'd had four years to develop a plan for the World Cup and it felt like they were doing it off-the-cuff in New Zealand," one player said.

"I've never played well in an England shirt," said another. "I try my best but I know the game plan doesn't suit me and I'm not confident because I don't believe in what we're following."

The report said: "It is clear that (the England) environment is vastly different to those at their clubs where players are trusted, assured of ongoing support and have good working relationships with coaches and team mates who share a vision in how they operate and in all aspects of their professional lives. This needs to be urgently addressed."

The three reports paint a picture of broken team spirit and of some individuals more interested in making money than representing England.

One player reported hearing another, after the quarter-final loss, saying: "There's £35,000... down the toilet."

The player said: "That made me sick. Money shouldn't even come into a player's mind."

The Times quoted Andrew's report as saying: "It is very disappointing that a senior group, led by the captain Lewis Moody, disputed the level of payment for the World Cup squad which led to meetings with RFU executives.

"I believe this led to a further unsettling of the squad just before departure which included a threat by the squad not to attend the World Cup send-off dinner, at Twickenham. It suggested that some of the senior players were more focused on money than getting the rugby right."