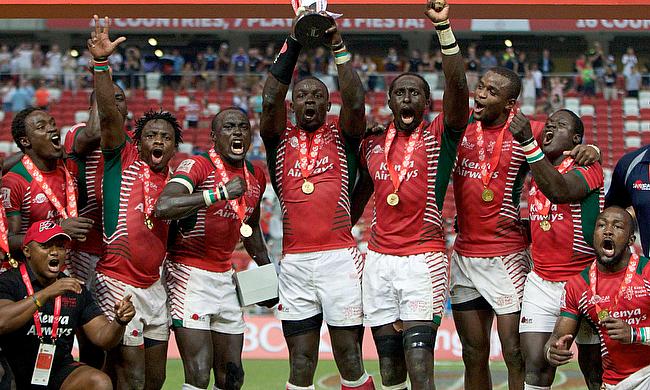 Kenyan rugby has taken some big strides forward in recent years, with the Shujaa reaching the semi-finals of the Rugby World Cup Sevens in 2009 and 2013, and qualifying for successive Olympic Games in 2016 and 2020.

Naturally, these positive steps have made sport more popular in the country. Football and athletics are arguably the most followed sports in Kenya, but rugby is picking up pace very quickly.

There is a growing interest in the activities of Kenya's rugby teams and their quests to bring international glory to the country.

The rising followership of rugby in the East African nation is also evident in the online sports betting scene, with  more bettors now wagering on rugby betting sites in Kenya.

While the national sevens team has been flexing its muscles in the shorter version of the game, their 15s counterparts have not been able to reproduce similar results in the longer format. Kenya has never qualified for the Rugby World Cup.

They came very close to reaching rugby's showpiece event in 2019, finishing second behind Namibia in the 2018 Africa Gold Cup. The Simbas won four of their five group matches, but fell to Namibia, who clinched the sole World Cup ticket from that event.

By virtue of their runner-up finish at the Africa Gold Cup, Kenya earned another shot at World Cup qualification via the repechage tournament, but they were well out of their depth in the four-nation intercontinental meet in Marseille, losing heavily to Canada, Hong Kong and Germany to finish bottom of the group.

The next World Cup is not until 2023, but Kenya's 15s coach, Paul Odera has already set his sights on ending the Simbas' long wait for a ticket to the big dance.

In a recent interview with Chinese broadcaster, CGTN Africa, Odera admitted that Kenya does not have the financial muscle to compete with South Africa and Namibia, but he is banking on a strong value system and smarter player selections to give the Simbas the edge over their continental rivals.

"It's about the culture. We are not going to compete financially; we won't even be as big as Namibians. The first step has been setting up a very firm culture and a value system within the Simbas", Odera said.

"It's got to be something that is unshakable and strong that the boys believe it, and we all believe it as management," he continued.

"We need to try and use data to select the best Kenyan team of rugby players across the world".

While the national 15s team continue to work towards clinching a maiden World Cup ticket- they will get another chance at the 2022 Africa Gold Cup- the Sevens team can look forward to their participation at the upcoming Olympic Games in Tokyo.

The Games were initially scheduled for 2020, but they have since been shifted to the summer of 2021.

In yet another pointer to the sharp growth of Rugby Sevens in Kenya, the East African nation will have representation in both the male and female categories of the sport for the second consecutive Olympic Games.

When it comes to rugby sevens in Africa, the national teams have become very reliable. Such is the confidence in the teams that more bettors are now putting money on the Shujaa and the Lionesses on sports betting sites in Kenya.

Over the years, the Shujaa have also been constant features at the prestigious HSBC World Rugby Sevens Series. They are currently amongst the core teams at the annual event.

They were 12th in the 2020 campaign, pulling 35 points from the six legs of the series. (The final four legs were cancelled due to the global sports lockdown).

The task before coach Innocent Simiyu is to prepare a sevens team that will be competitive in 2021. The Olympic Games remain the main focus, but the players have also got to get ready for the 2021 Sevens Series, which is likely to commence in March following the cancellation of the opening four legs of the season.

Despite the on-field gains of the last decade, Kenyan rugby has not been without its problems. There have been several protests and player boycotts, mostly over money and contractual disputes.

These disputes almost cost the Shujaa their core team status in the World Rugby Sevens Series in 2019. Thankfully, some of their star players, including team captain, Andrew Amonde returned in time to help them stave off relegation.

"Kenya Rugby needs to manage better the welfare of players by raising the standards of engagement to reach even just half what is considered international level", Amonde told the Olympic Channel.

Like the captain opined, if Kenyan players can get "even half" of what players from other countries get, they will go even further in these series and tournaments.