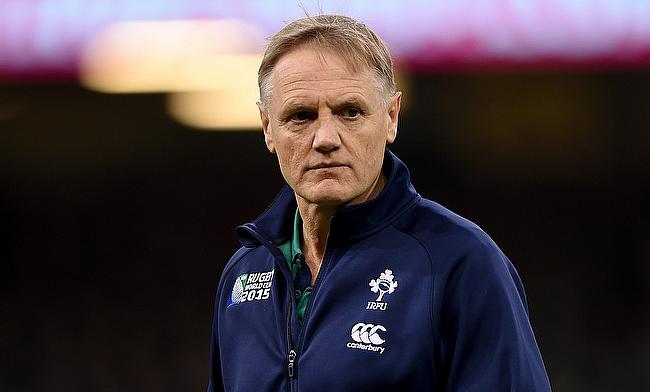 Joe Schmidt wants to spend time with his family
©PA

Ireland head coach Joe Schmidt said he has no plans of taking in charge of the British and Irish Lions for their 2021 tour of South Africa.

Schmidt, who earlier declined a role with New Zealand said he will step down as Ireland coach at the end of the upcoming 2019 World Cup in Japan when his contract ends.

The 53-year-old had tremendous success with Ireland side driving them to 2014 and 2015 Six Nations title before they went on to achieve the Grand Slam in 2018.

For Schmidt to be eligible to take British and Irish Lions in the 2021 tour, he has to commit to the role by the 2020 autumn internationals but the Ireland coach stressed that the priority is with his family.

"It's certainly not on the horizon for me," Schmidt told BBC 5 live.

"We intentionally didn't want to publicise some of the family challenges we have had, just because you have got to respect your kids' privacy even though you have a public job," he explained.

"But it was very much because of the push we got from Epilepsy Ireland, so if we could try and normalise it and reduce the stigma that is associated with the disease - which is pretty debilitating for our youngster - then it would help.

"So it's change of direction really. I will be coaching, but I will be coaching one 15-year-old young man to try and work his way through the inter-schools, and overcome some challenges which are a bit beyond the normal kid."

With Schmidt unlikely to commit to the role, Warren Gatland, who coached British and Irish Lions in the 2013 and 2017 tours of Australia and New Zealand respectively will be among the favourites to take up the job for the third consecutive time.