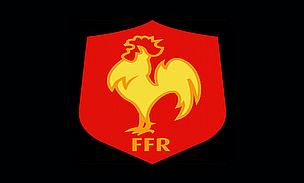 1. How are you enjoying living on in France?

I love living in France. It took a couple of months to settle into the new lifestyle but since then I have just been enjoying the quality of life the south of France brings. How can you not enjoy living in 300 plus days of sun a year!

2. How is it playing with players such as Joe van Niekerk, Jonny Wilkinson and George Smith?

One of the great things about playing at Toulon is that there are great players in almost every position. It certainly helps to bring the best out of everyone in the squad when you are training with world class players day in and day out. Jonny is a phenomenon out here and is a true example both on and off the pitch.

3. What is different about the Top 14 to the Aviva Premiership?

I think the biggest difference you notice when playing out in France is how big the Top 14 is. It really holds a lot of significance to the public. You notice this both when you travel to other grounds and with the amount of coverage it gets on the TV. There are differences on the pitch as well. The importance of the scrum for example.  The level of competition is very high week in week out which is very similar to the premiership.

4. What has been your career highlight so far?

I am lucky enough to have had many highlights in my career playing for Bath, Caerphilly, Bristol and now Toulon. Getting promoted to the premiership and then reaching the play-offs with Bristol was certainly highlight in the premiership. Last years semi-final against Clermont was an awesome game to be part of despite the fact that we lost so late in extra time.

5. Who is your rugby hero and why?

I think I would have to say Richard Hill of England and Saracens. For me he goes down as one of the great back row forwards England has produced.

6. What career would you be in if you hadn't became a rugby player?

I would like to think I would have been a footballer but after kicking a ball around last week I'm not so sure. I studied sport and exercise science and have always been interested in the performance side of sport so would have gone into this area had I not become a professional.

7. Do you miss playing in Bristol sometimes?

I have many fond memories of playing at Bristol and I am very fond of the city. I still follow their results and certainly miss playing with some of my old team mates that still play there. I hope the good times will return to Bristol one day soon.

8. Who has been the best player you have ever played with and why?

I have been lucky enough to play with some great players but after having played with Sonny Bill Williams last year he has to go down as the number one. His talents are limitless and he is impossible to play against. I am only glad he was on my team.

9. Any inspirational people you have met along your rugby career?

I have met many inspirational people in my career far too many to mention here.

10. Any tips for young rugby players?

Talent is overrated. I believe that if you work hard enough you can achieve what you want in the game of rugby. So for me it's all about dedication and hard work.

11. What do you hope to do after retiring?

As I mentioned previously if I hadn't been a rugby player I would have gone into the performance/conditioning side of sport. It is something that I keep up to date with so will go into this area once I retire from rugby.

Death at a funeral, Gladiator, The Borne Identity trilogy

Football and Brighton and Hove Albion FC sine my brother plays for them!

Read, play squash and spend time with the family

What do you think of talkingrugbyunion.co.uk?

I love all sites that promote the game I love.

Finally “ if you had a message to say to your fans who have been supporting the Toulon week in week out, what would you say to all of them?