Japan finish off historic World Cup on a high 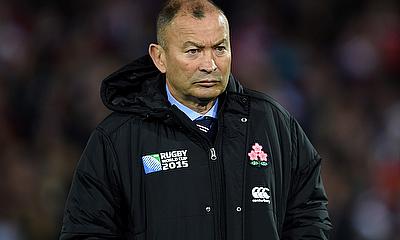 The 2015 World Cup pool stages concluded on Sunday night with Japan becoming the first team in 28 years to win three pool stage matches and still fail to qualify from their group following a 28-18 victory over the USA.

Japan, already cemented as the neutral’s favourite team of this year’s tournament, ended their last World Cup game before they host their own tournament in four years’ time with a comfortable win thanks to tries from Kotaro Matsushima, Yoshikazu Fujita, and Amanaki Mafi to send the USA back home without a single win.

AJ MacGinty kicked the first points of the game from the tee to give the Eagles a slender lead on four minutes at Kingsholm before Matsushima ensured the Brave Blossoms responded in roaring fashion, scoring two minutes later in the corner after a superb kick through from fly-half Kosei Ono had the US Eagles desperately pinned down on their own try-line. Ayumu Goromaru kicked his 30th and 31st points of the competition to give Japan a 7-3 lead.

However the Japanese jubilation was to last only 15 minutes when American speedster Taku Ngwenya – he of outrunning Bryan Habana fame – took a delightful loop pass from captain Chris Wyles that missed three Japanese defenders to run in unopposed. MacGinty’s conversion however, went sailing wide to leave Japan’s deficit at only a single point.

The overall Japanese supremacy across all facets of Sunday’s game was rewarded only moments later however when Yoshikazu Fujita completed a wonderful set-piece move – a staple of Japan’s impressive World Cup showing – to rumble over from a switch-pass rolling maul that left the USA befuddled and vulnerable to Fujita’s sneaking run. Goromaru converted to push the Brave Blossoms back to a six-point lead, before a further penalty from the mercurial fullback ended the half with Japan beginning to put some distance between their Pool B adversaries.

Goromaru continued his fine kicking form immediately after the half-time break with a penalty on 43rd minutes before MacGinty matched him like for like to bring the US back to within 9 points, 11-20 showing on the Gloucester scoreboard.

In a game that was characterized by its pseudo back-and-forth nature, substitute No.8 Maki made as immediate an impact as possible powering over from short-range on 61 minutes to once again add to Japan’s lead – now fourteen points – before Chris Wyles replied in kind on the 70 minute mark following a second miss pass, this time from MacGinty to bring the game back to within a score.

However Goromaru rounded off an unbelievable personal campaign for the fullback, icing a 76th minute penalty to kill the game off in Japan’s favor.

The USA will be disappointed to leave England’s World Cup without a single win despite a number of combative and hard-fought performances, however Japan will be even more aggrieved to not have advanced further in this year’s competition; with particular scrutiny being paid to the paltry four days’ turnaround they were allowed after their clash with South Africa before facing Scotland in what turned out to be the decisive loss that ended their hopes of advancing to the knockout rounds. The 2019 World Cup cannot come soon enough for Japan.