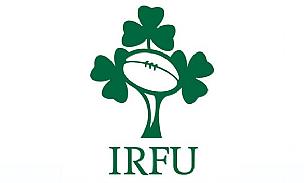 Declan Kidney is an excellent rugby coach.  An under-19 world title, two Heineken cups and an Irish Grand Slam confirm as much.  But Wednesday's squad announcement can only be described as uninspiring.  Ireland are in danger of falling behind, instead of looking to develop the next generation at this key time.  There wasn't a single uncapped player named in the 34 man senior training squad.

Apologists will argue that upon announcing the training squads Declan Kidney insisted the possibility for movement between the senior and Wolfhounds squad remained open, as was the case with Tomas O'Leary last season.  One would expect, however, that if he does make changes they'll be kept to a minimum and likely to be forced by injury, not induced by form.  It's the Kidney way, and typical of recent Irish coaches.

Luke Fitzgerald only finds himself in the Wolfhounds group despite returning to form after his World Cup non-selection.  The Leinster back has produced scintillating running rugby, helping Leinster to the top of the Pro12 and Heineken qualification at a canter.  Furthermore, with O'Driscoll absent Fitzgerald might have been seen as a contender for the 13 shirt.  There is room for Fitzgerald to force his way back into the reckoning with an impressive performance versus the Saxons next week, but we can likely assume now that Keith Earls will come into the midfield, with Tommy Bowe and Fergus McFadden other alternatives, freeing up a place for Andrew Trimble on the wing.

It hardly seems worthwhile discussing the merits of Johnny Sexton over Ronan O'Gara.  We know what they bring to the table, but one would imagine O'Gara won't be around in four years time to participate in another World Cup, and with such a key position preparation has to start for that now.   Sexton should be allowed free reign of the number ten shirt.  Behind those two, it's too early to say but Ian Madigan has showed his potential on more than one occasion this season.  Ian Humphreys appears completely out of the picture now, failing even to make the Wolfhounds.

Scrum-half has been a problematic position for Declan Kidney with none of the contenders seemingly capable of holding onto the shirt for any prolonged period.  Conor Murray and Eoin Reddan edge ahead of Issac Boss and Tomas O'Leary to make the senior squad on this occasion, but its Kidneys decision to ignore the form of Ulster scrum-half Paul Marshall which has disappointed those in the north.  Marshall has been tormenting defences since the autumn, and whilst he remains behind Ruan Pienaar at Ulster his progress this season has not been hampered in the slightest.

More bold selections elsewhere might have seen Eoin O'Malley promoted to the senior squad and the likes of Craig Gilroy rewarded with an opportunity with the Wolfhounds. But Kidney, whatever his reasons, chose not to take those risks.

There is less argument over the make-up of the Irish back-row.  Ferris, O'Brien and Heaslip look nailed on to start in the opener versus Wales come February.  Shane Jennings has been chosen as a specialist seven, benefitting from an unfortunate injury to Niall Ronan, should that combination come unstuck against a Sam Warburton once again.  Kidney has a plethora of options in the back-row currently with Chris Henry, whose game has improved immeasurably in the last year, in particularly good form and capable of covering all three back-row positions.

In the second-row Paul O'Connell is retained, and will captain the side.  Leo Cullen is selected ahead of Dan Tuohy, despite his apparent injury concerns and a string of huge performances from the Ulsterman in recent weeks.  Kidneys decision to stick with Cullen and O'Callaghan is baffling, but worse yet it remains to be seen who will pick to partner O'Connell in the starting XV.  Donnacha Ryan has eclipsed O'Callaghan at Munster, and deserves his chance but Kidney again may well choose to stick with experience over form and potential.

As usual with Ireland, the lack of depth in the Irish front-row is frightening.  Healy, Best and Ross will be first choice with Tom Court covering both sides of the scrum.  Sean Cronin will substitute for Best at hooker.  Paddy McAlister has a big future in the game, and will benefit from training with the seniors but beyond that, let's just be thankful Tony Buckley hasn't returned to the squad.